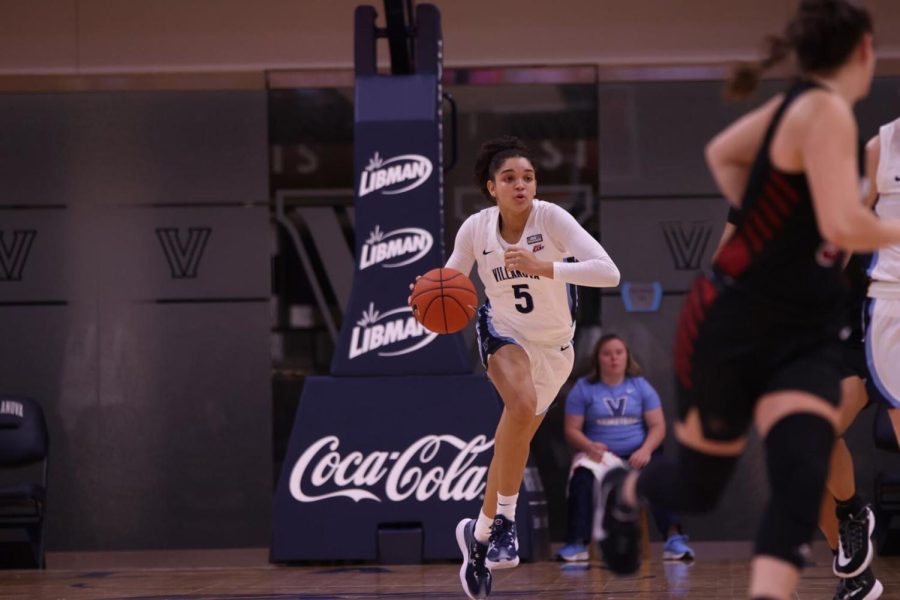 The Villanova women’s basketball team opens its season on Wednesday against Princeton. This will be the Tigers’ first game in more than 600 days as the Ivy League cancelled its 2020-21 season due to COVID-19.

The ‘Cats finished last season with a record of 17-7 overall, 9-5 in the conference. Villanova finished fifth in the Big East for the regular season and fell to eventual champion, UConn, in the quarter finals of the conference tournament.

The Tigers went 26-1 in the 2019-20 season with their only loss coming on the road against Iowa, which was undefeated at home. Princeton won the Ivy League, and before the pandemic cancelled the season, it was favored to win the conference tournament and advance to the NCAA Tournament.

Princeton returns 46% of its scoring and just one of its top three scorers from the 2019-20 season. Junior guard Julia Cunningham averaged 8.2 points per game and led the team with 31 three-pointers during her freshman year. Along with Cunningham, Princeton will look to its seniors, as well as a few newcomers to supplement its scoring.

Senior guard Abby Meyers and senior guard/forward Neenah Young will play a huge role in leading the team and helping the new members adjust. Newcomers sophomore guard Kaitlyn Chen and freshman forward Paige Morton, who were both McDonald’s All-Americans in high school, are likely to make strong contributions offensively for the Tigers.

Villanova returns its top two scorers, junior forward Maddy Siegrist and graduate forward Brianna Herlihy. Siegrist and Herlihy averaged 22.8 and 13.8 points per game, respectively. Siegrist led the Big East in scoring and rebounds and was ranked 11th in the nation in scoring.

Villanova also returns its strong sophomore class, including guard Bella Runyan and forward Lior Garzon, who both had strong freshman campaigns. Runyan averaged five points per game and played a key role on the defensive end for the ‘Cats, often guarding one of the opponent’s top scorers. Garzon averaged 8.8 points per game and was second on the team with 39 three pointers on the season.

Coming off of a dominant victory in their exhibition game against Indiana University of Pennsylvania, in which they scored 93 points, the ‘Cats will look to counteract the intense defense of the Tigers with their fast paced offense. Last year, the ‘Cats averaged 60 field goal attempts per game, around half of those coming from beyond the arc.

Wednesday’s game will be an early test for both teams. Princeton will need to shake off the cobwebs that come with an 18-month break, while Villanova will have to find a way to maintain its strong offense facing the former top defensive team in the country.

Some key matchups to watch are Runyan and Chen at point guard. Both are young players with limited experience who will be asked to play a key role for their respective teams this season.

Princeton’s Morton will have a tough challenge in guarding Siegrist, a clever scorer who is a threat for anywhere on the court. Morton will likely need the help of her teammates to limit Siegrist, a must for the Tigers in order to secure a victory.

The first game of the season is always unpredictable, but with the challenges and differences over the last two seasons due to COVID-19, there is even more uncertainty heading into Wednesday night.

Princeton will be coming in hungry and determined to show that it is still the strong program that finished atop the Ivy Conference two seasons ago, while the Wildcats look to start their season off strong and prove that they are a serious contender in the Big East this year.

This will mark the first time that the ‘Cats have played at home with regular fans since Senior Night of the 2019-20 season, as well as head coach Denise Dillon’s first game in front of the Villanova faithful. Doors will open at 6 p.m. and tip-off is scheduled for 7 p.m.