Villanova Gets Blown Out on the Road Versus Creighton, 67-47 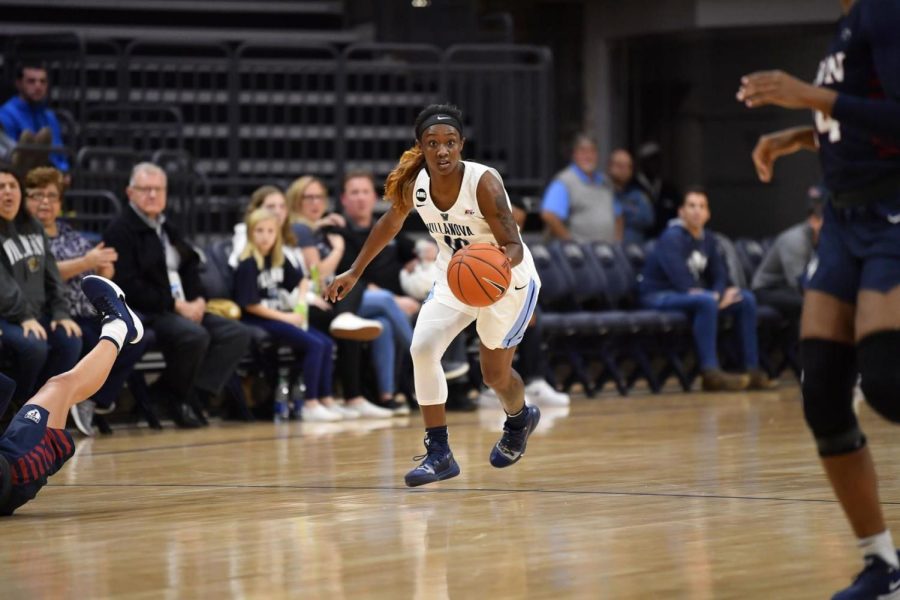 Villanova Gets Blown Out on the Road Versus Creighton, 67-47

In a game where both teams struggled to score, and defense was key, the Wildcats just could not get the job done, losing to the Blue Jays 67-47.

The game started out slow with neither team scoring a basket until the 8:30 mark in the first quarter. The first quarter ended with Creighton leading by 2, while both teams started to heat up with six three-pointers each. The Blue Jays kept their momentum going into the second, while the Wildcats cooled down yet again. Villanova went into halftime down 32-26.

Creighton opened the second half with a 12-0 run, leaving Villanova behind 18. Villanova tried to cut into the lead with Madison Siegrist scoring 8 straight points, but this was not enough. The Wildcats went into the fourth down 14.

The Blue Jays showed stellar defensive efforts in the fourth quarter with countless steals and forced turnovers. The Wildcats could not get an offensive flow going long enough to slow them down and make a run of their own.

Neither team shot the ball well. Villanova shot 33% from the field and Creighton shot 31%. The difference came in other statistical categories. Creighton had 12 steals to Villanova’s 1, and only had 6 turnovers, while the ‘Cats had 19. Rebounding continued to be an issue for Villanova in this game as they were outrebounded by 8.

Raven James lead the ‘Cats with 15 points, with Gedaka and Siegrist each adding 10 of their own.

Villanova returns to action Sunday, as they face Providence on the Road. Tip-off is set for 1 p.m.