NCAA’s Name, Image and Likeness Rules: What Does it Mean for Villanova? 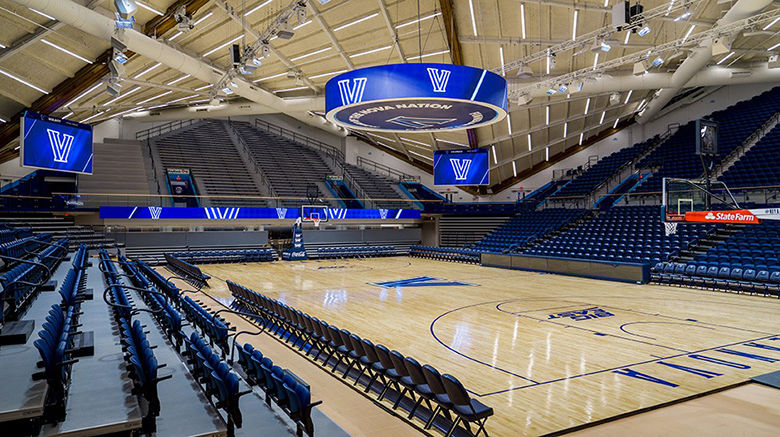 NCAA's Name, Image and Likeness Rules: What does it mean for Villanova?

A few weeks ago, the NCAA announced that it, “supported rule changes to allow student-athletes to receive compensation for third-party endorsements both related to and separate from athletics.”

In short, student-athletes in college can finally start getting paid in 2021.

While there is no official legislation just yet, student-athletes will be able to sign endorsement deals in exchange for cash and other benefits that would be deemed illegal in the past. For example, a brand or product can reach out to a student-athlete asking them to do an appearance to promote said product and receive a payment for doing so.

As of right now, the possibilities are endless in terms of what athletes can receive. Another example is that a car dealership could ask a student-athlete to do an autograph signing and they can get a car in exchange for their work. Everything is on the table until January 2021 when the NCAA has some sort of direction.

Another key piece is the fact that there is no limit on how much a student-athlete can make in the future. If the NIL rules take on a free-market system, then student-athletes can get paid what they are worth no matter the dollar amount. In addition, there is a chance that agents and or marketing managers could be brought into the fold to help guide these student-athletes. As time goes on, there will be even more information surrounding what is and is not allowed surrounding the NIL rules.

The argument for student-athletes to be compensated has been a controversial discussion for a long time in the realm of college sports. Villanova Athletic Director Mark Jackson mentioned that this his views on the issue have changed in favor of the student-athlete over time as more legislation started to be put into place.

“I think it has adapted over time for me the more that I have learned about it,” Jackson said. “The way that our society has changed around social media and the way an athlete gets exposed has changed it.”

While this is a pressing issue nationally, one of the more important points that Jackson touched on was about how these particular rules will affect the University. The average Villanova student is allowed to profit off of him or herself, but student-athletes were never allowed to do so. One of the main goals of the athletic department is to bridge the gap on the matter between regular students and student-athletes.

“The leveling element for is to compare it to another student on campus and what opportunities does that student have versus what our student athletes have,” Jackson said. “Right now, that world is really different. The closer we can bring those two worlds together, I am in favor of.”

At a school like Villanova, men’s basketball is clearly the sport that is the most successful in terms of national popularity. As a result, this could mean more opportunities for student-athletes that are a part of a particular program to be more profitable. With this being the case, there is a possibility of both healthy and unhealthy competition between student-athletes for who can make more money. Jackson, though, is not worried about any sort of rivalries between teams.

“I am certainly cognizant of that,” Jackson said. “I do not have that concern as much as you think because I am very transparent with where basketball stands for our University with our teams and our coaches in the fact that basketball is our flagship. That’s been ingrained here for a long time. If I focus all of my attention on basketball, that would be wrong. I need to be cognizant of all the sports.”

One of the main points that the NCAA emphasized through its language about the student-athlete profiting off of their name, image and likeness is the fact that schools should not be involved in the payment of student-athletes. This opens up the discussion for how exactly schools across the country should be involved with this process as a whole in order to protect itself as well as its student-athletes.

“One of the big conversations we are having is how much can or should an institution be involved,” Jackson said. “Some feel as though institutions should not be involved at all and that there should not be any guidance or structure. Others think it should be collaborative. They should work with student-athletes to maximize and protect the student-athlete at the same time. From my perspective, I want a collaborative approach with all of our student-athletes to try and maximize their opportunities as long as it stays within the mission of our University.”

“Villanova has always been innovative,” Jackson said. “We have a very strong position in the business world that I think helps us as part of who we are. At the end of the day, we will always recruit because of our mission. We are built on community, providing a world-class education and we graduate really good people. We cannot lose sight of that, and that will always be the draw.”

Big East Deputy Commissioner Vince Nicastro acknowledges that although it is early in the legislation process, it is a step in the right direction for the conference and the country.

“The report on some principles pertaining to how NIL will be managed in the collegiate ecosystem,” Nicastro said. “The specifics, however, will be worked out between now and next January at the NCAA Convention…As such, I think it would be premature to speculate on how this may impact our schools. I do, however, think that the eventual adoption of NIL rights for college athletes is a significant benefit that will be provided to them in the future. How that model will be specifically structured remains to be seen.”

Jackson mentioned that on an institutional as well as a Big East level, there will need to be a decision made one way or the other based on the official legislation put into place starting in 2021. Although it seems like it is a long time away, Jackson knows that there are important decisions to be made.

“By January of 2021, we as a University will need to have a really strong take, and that is for Villanova,” Jackson said. “There is also a Big East component here. As a conference, we will have a lot of discussions. We like to work in concert with our conference, and that is whole other level of conversations we are having as well.”

The NCAA will make its final rulings in January 2021 about the matter at hand surrounding NIL rules. For Jackson and Villanova, the conversations have already started surrounding how to proceed into the future of the athletic department.