Get Woke Nova Hosts Dialogue on Racial Violence During COVID-19 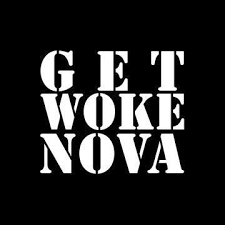 Get Woke Nova Hosts Dialogue on Racial Violence During COVID-19

On Thursday, June 18, Get Woke Nova (GWN) organized a virtual discussion about the intersection of COVID-19 and racism.

GWN was created by a group of University seniors in 2017 who wanted to ensure that white allies were being made aware of their privilege and were encouraged to act as better allies to the BIPOC community.

The student organization has a tradition of placing emphasis on the story that is being told, rather than who is telling, so much so that the identity of members was initially kept secret at the time of its founding. Though the group has since recognized the benefits of putting faces to the stories, it is clear that the commitment to the story itself is still a priority for GWN.

Rising sophomore Raven Pearson-Bobowick explained that GWN recognizes that all members of the community “need to see value in disagreeing with an idea but [maintain] respect for the human being behind that idea,” because “it is how we can have a positive dialogue.

Before the introduction of the discussion, participants were presented with a list of rules, including speaking from the “I” perspective, having an open-mind, monitoring their airtime and ensuring that what was spoken about would remain private.

At the virtual dialogue, the large group of participants broke into smaller groups, which consisted of about four students and one moderator. Questions were presented to help guide the conversation, though students were not restricted to focusing only on those questions. The organization and the rules of the discussion allowed everyone to speak their mind in a safe environment.

“Get Woke Nova gives power to students by providing a platform to share their experiences on Nova’s campus and amplify the experiences that marginalized students deal with daily,” Pearson-Bobowick said.

In providing such a platform, GWN hopes students are able to gain a sense of understanding and confidence. The group believes that these skills can be used to help remove the apathetic culture that is still felt on the University’s campus and in the real world.

Towards the end of the conversation, one of the organizers mentioned that they had more people sign up than participate but that they were used to that outcome.

GWN is a growing organization that has already heightened the awareness of many students, faculty and community members. During the dialogue, the group acknowledged that “it’s easy to just move on with life when an issue doesn’t impact you directly in a negative way,” but GWN believes change is coming.

There has also been a noticeable shift in dialogue across the greater student body. In addition to increased support on social media by students of Black Lives Matter and work done by GWN, the recent creation of the Instagram account @blackvillanova has led to greater awareness of experiences with racism that many in the community have faced and continue to face daily. The account posts stories submitted by Black students, alumni and POC at the University.

“We must keep educating our community and recognizing the long-standing social injustices present in American society,” Pearson-Bobowick said.