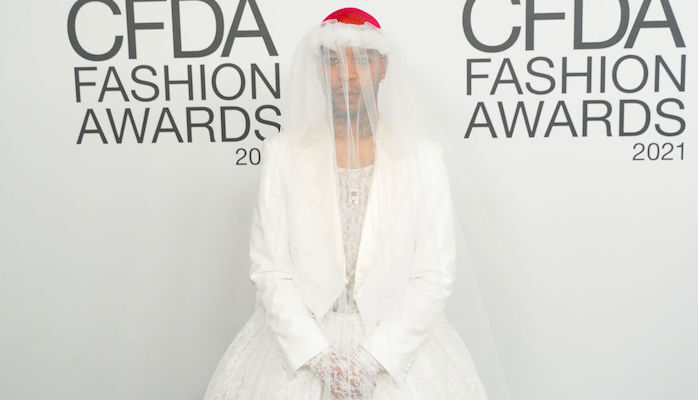 Last week marked the 2021 Council of Fashion Designers of America Awards, which understandably congregated the most well-dressed crowd of all the award ceremonies. This year, the ceremony was held at The Pool + The Grill in New York where Tom Ford, Chairman of the CFDA, presided. Despite the CFDA’s occurring on a yearly basis, this year’s event was especially important, as it was dedicated to the celebration of American Fashion and how the industry came together to navigate the pandemic.

The CFDA awards honors those who have innovated and excelled in the fashion industry that year, and those up for accolades are usually celebrities and heavy weight designers alike. Notable appearances of the 2021 CFDA awards included Rick Owens, Off-White and Louis Vuitton’s Virgil Abloh, Miuccia Prada and Valentino’s Pierpaolo Piccioli. Designers aside, celebrities were nominated for the silver trophies, with Zendaya taking the crown for the Fashion Icon Award, while Anya Taylor-Joy took home the Face of the Year Award.

The event started with guests showing off their most fashion-forward looks on the red carpet, which has always been known to produce the most iconic fashion moments of all time. This year proved to be no exception, as celebrities and designers brought their best. Without further ado, let’s take a look at this year’s most memorable looks.

Zendaya: Zendaya certainly proved deservancing of this year’s Fashion Icon Award in a shocking red two piece gown from Vera Wang. The actress made CFDA history by being the youngest recipient of the Icon Award, and she rightfully celebrated the honor by sporting a 60 carat Bulgari diamond necklace, paired with box braids. It is safe to say that after years of unforgettable looks on both the carpet and magazine covers, Zendaya has done it again and will undoubtedly continue to do so. It is Zendaya’s world, and we are just living in it.

Drew Barrymore: Drew Barrymore served a show stopping look in her highlighter yellow Christian Siriano ball gown. Many followers of hers have started to speculate that Barrymore’s ensemble was a subtle nod to the hot pink tiered tulle gown she wore as an eight year old child star to the 1983 Academy Awards.

Anya Taylor-Joy: All hail the winner of the Face of the Year award, who made every head turn with her red carpet debut in Oscar de la Renta. “The Queen’s Gambit” star opted for a purple moiré peplum jacket over a bustier cocktail dress. Taylor-Joy completed the look with a leopard Gigi Burris pillbox hat, adorned with a black birdcage veil and matching gloves. All in all, it’s safe to say that Cruella de Vil is quaking right now.

Karlie Kloss:Kloss took a different yet just as noticeable approach to the 2021 CFDA awards in a simple, yet sleek, ensemble. The renowned supermodel sported a Khaite Rya dress with ruching detailing, long sleeves and a black belted waist.

Kid Cudi: Not to be dramatic or anything, but I have never been more excited to write about an awards look in my entire life. Kid Cudi, contemporary hip hop legend, stole the show with his bridal gown ensemble by emerging designer Eli Russell Linnetz. One would think Cudi was ready to walk down the aisle rather than the red carpet in his allover lace catsuit, matching tea-length skirt and white blazer. Rather than heels, the rapper added edge with embellished white sneakers and, of course, the look wouldn’t be completed without a veil. Kid Cudi, I love you.

The annual awards ceremony has been known for gathering and awarding some of the best and brightest models and minds in fashion. From the looks of the evening’s ensembles, celebrities delivered on the standard and more. Until next time, fashion junkies.