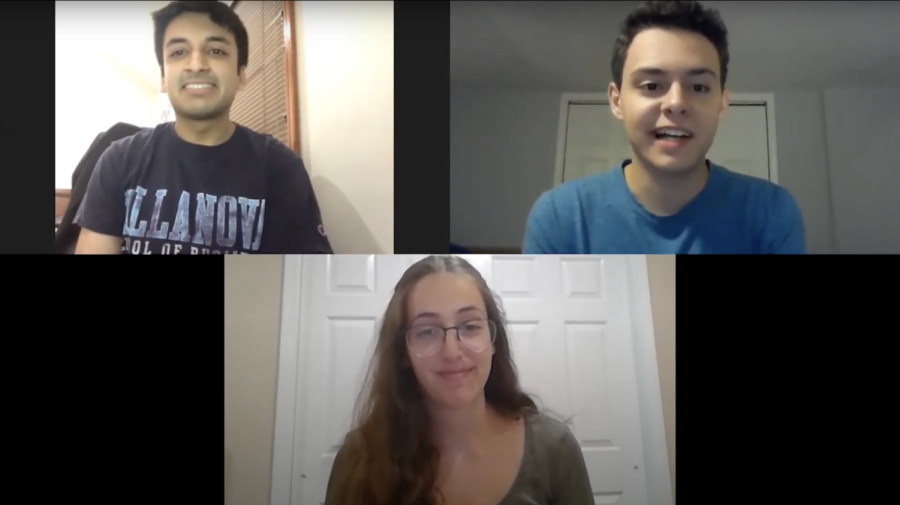 With a semester truly like none other, organizations all over campus are struggling to adapt to the new COVID-19 restrictions.

For Villanova Television, the University’s main student film and media organization, changes were already underway before the semester even began. As soon as students were sent home in the spring, executive board members brainstormed different ways to create content virtually, while being hundreds of miles away from each other.

This was the start of a new VTV series called “Distance Learning.” Filmed over Zoom, this series is a parody of what online learning is like at Villanova.

Realizing that creativity could still persevere in times of uncertainty, VTV decided to continue creating content into the summer. With serious issues like police brutality and inclusion on campus coming to the forefront, VTV wanted to use its platform to amplify student voices on campus as a way to contribute to the dialogue.

From this came “Calls for Change,” a new segment in which news director Miguel Badia and other members of the executive board members interview organizations and students affiliated with the University. So far, Get Woke Nova, the National Association of Black Accountants, National Society of Black Engineers, Haseeb Waseem and Mary Kate Smith have been featured on the show. Waseem is a student activist who co-created a petition to mandate race-related courses for all University students, and Smith is a 2019 alumnus and social justice activist who worked with the Intergroup Relations program to promote allyship and inclusion on campus.

With this project in full force, VTV was very confident that it could continue to film the series successfully throughout the semester, along with other types of socially distant and virtual projects.

In regards to plans for the fall, for VTV, the safety of its members is its top priority. The executive board continues to discuss numerous ways that in-person filming can still continue while following all CDC and University guidelines. VTV President Zach Mann is hopeful that in-person filming can easily be completed at a distance and encourages the Department Heads (Entertainment, Sports, News, External, and Internal) to embrace mask-wearing and integrate it into their filmmaking. Also, due to these restrictions, VTV is inspired to return its broadcast roots by experimenting with live streaming. Whether it be comedy sketches similar to those on Saturday Night Live, or news segments, Mann believes live streaming could be the new way to reach more Villanovans at this time.

With regard to Internal Affairs, club body meetings will be orchestrated over Zoom, due to difficulty socially distancing with the entire club present at the studio in the basement of Tolentine Hall. However, club bonding is one of the pillars of VTV, and therefore it’s important for VTV to continue to find ways for new and old members to join together. Some ideas include an outdoor movie event, different film challenges with small groups and playing interactive games over Zoom.

Ultimately, for VTV, its main goal is to create content that encapsulates the time period that students are in right now. It does not want to shy away from this moment, but rather embrace the obstacles that come with these unprecedented times.