Inside the Bubble: Former Wildcats Make Their Mark 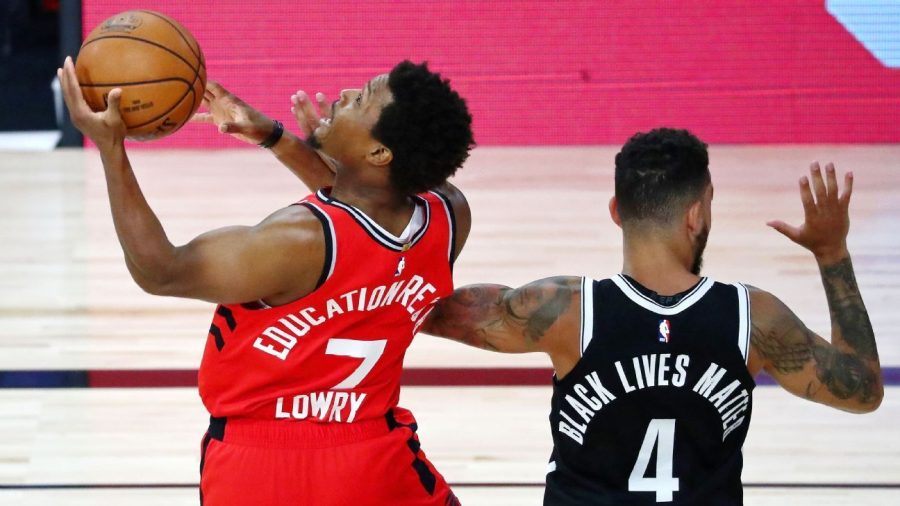 Inside the Bubble: Former Wildcats Make their Mark

Since the NBA postponed its season on March 11, it has been trying to figure out the safest and most effective way to resume play, and it seems as though they have found a solution. The NBA Bubble has been in effect since July 7, and there has yet to be a positive case among coaches, athletes or staff. Teams had two weeks to regroup, hold practices and scrimmage each other before beginning seeding games on July 30.

Given the unique circumstances, the format of play was adjusted to best fit the time-frame and safety precautions. There were 22 teams who entered the bubble, nine from the Eastern Conference, and 13 from the Western Conference. Each team played eight seeding games that would determine the final rankings entering the playoffs, in which the top eight teams from each conference would compete.

The Western Conference had a play-in game, since the Memphis Grizzlies, the ninth seed, were within one game of the Portland Trailblazers who were the eighth seed. Portland went on to win that game, securing them the eighth seed, and a playoff berth.

The playoff format is very similar to normal play, with the only differences being the lack of home-court advantage due to the neutral location that the bubble provides. Also, there is a more structured schedule of playing every other day as opposed to the usual format that includes back to back days with games, as well as rest days due to travel time.

This new format required many adjustments from the players and coaching staff. They had to leave their families for an extended period of time, live in a hotel room, eat different food, adjust game-day routines, play without fans, etc. There were multiple players who decided not to attend for various reasons, some being family related, some personal and some political.

The political climate has certainly affected the players and the return to game-play. With the Black Lives Matter movement being so prevalent in the last few months, and countless players speaking out and protesting, the NBA followed their lead and took action as well by coming out in support of the players and the movement itself. To show its support, it has put “Black Lives Matter” decals on all of the courts, as well as having the players choose words or sayings that relate to the movement to be written on the back of their jerseys.

On another note, some former Villanovans are among the players competing in the bubble. Four out of the eight Villanova alumni currently in the NBA traveled to the bubble to compete. These four include Mikal Bridges of the Phoenix Suns, Donte DiVincenzo of the Milwaukee Bucks, Kyle Lowry of the Toronto Raptors, and Josh Hart of the New Orleans Pelicans. DiVincenzo and Lowry are still playing in the playoffs, and both of their teams will look to compete for a championship, a possible back-to-back opportunity for Lowry and the Raptors, who won the 2019 Finals.

The NBA has already discussed the possibility of needing to play the entirety of next season in a bubble format, a decision that would affect another future professional Wildcat. Saddiq Bey, who would have been entering his junior season at the University, is projected to be a first round draft pick in October. There were scouts from many different teams at Villanova’s games last season, including some from the Oklahoma City Thunder and the Philadelphia Sixers. The draft lottery was this past Thursday, and mock-draft projections are just starting to be released, with some saying Bey could be drafted around the sixteenth or seventeenth pick to the Trailblazers or Grizzlies, and others projecting he may go as early as the eleventh pick to the Spurs. Bey had an outstanding season last year, and the Villanova community is excited to witness the success that he has at the next level.

When the sports world came to a halt in March, no one knew what it was going to look like. Many feared that seasons would be cancelled, but thanks to the planning by league officials and the research of medical professionals, most leagues have been able to figure out a way to safely continue play.

The NBA bubble format, similar to that of the WNBA and NHL, has proven to be the most effective, given that it has no positive cases. The players have been following all necessary guidelines and holding each other accountable, while other leagues like the MLB have been struggling to keep players and staff safe. No one knows what the next few months will hold, but for now, fans are happy to have sports back.