Student-Athletes Utilize Their Right to Vote 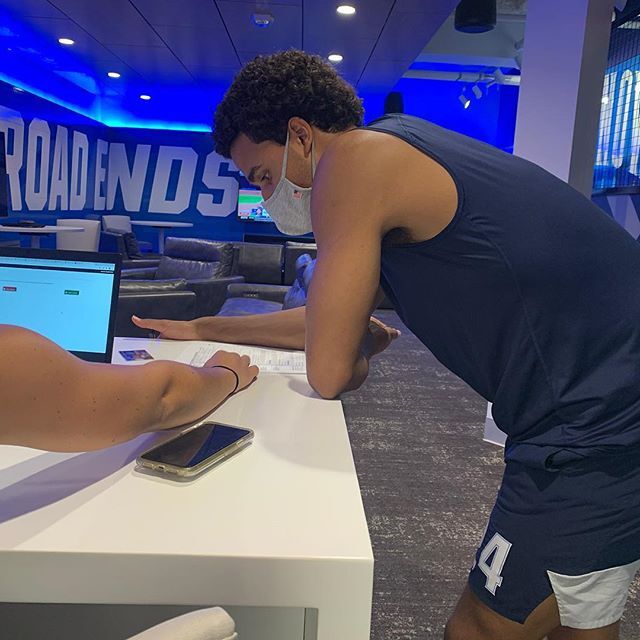 Student-Athletes Utilize Their Right to Vote

With the 2020 presidential election coming up on Nov. 3, the Villanova Athletics staff has made it imperative that they help their student-athletes utilize their right to vote.

Considering many athletes are from out of state, there are extra steps that must be taken, such as getting a voter registration card before being able to receive a ballot. Villanova Athletics strives to have a majority of its athletes registered to vote.

Villanova Athletics used its UNITAS initiative, which is primarily being used for diversity, equity and inclusion. However, it also advocates for voter rights and registration. It looks to educate Villanova student-athletes about voting as well.

Villanova men’s basketball was one of the first teams on campus to get assistance in registering to vote. Players teamed up with Let’s Vote Nova and the ALL IN Challenge.

Let’s Vote Nova is an organization on campus that looks to educate and help students register to vote for all elections. It is run by the University’s Student Government Association and has been especially active during this presidential election cycle. Let’s Vote Nova’s Instagram (@letsvotenova) has infographics about how to get registered and answers frequently asked questions about voting in Pennsylvania.

The ALL IN Challenge is a nationwide, nonpartisan organization hoping to increase student voter turnout. This initiative began in 2016 and has over 700 universities from across the country involved in its programs. Their Instagram is @allintovote, where it showcases universities with the highest number of pledges to vote.

The Big East has shown its support for various organizations that are looking to increase voter turnout, such as RISE. RISE advocates for increased race relations in sports through education. However, it has also helped to bring awareness to the lack of voting that occurred in the 2016 election and hopes to make a change. The Big East and RISE had multiple online workshops to help educate their followers and answer questions about what their programs stood for and help eligible voters register.

Women’s rowing and women’s volleyball met with voting representatives to learn more about how to vote on Friday, Sep. 25. Various other Villanova sports teams met on Zoom through the week to help get everyone involved.

The Athletics staff has been vigilant about helping athletes and teams work with Let’s Vote Nova to help campus have close to 100% of the student-athletes vote.

Villanova Athletics teams are being educated on what it means to exercise their right to vote, and they look to cast a ballot in upcoming elections.