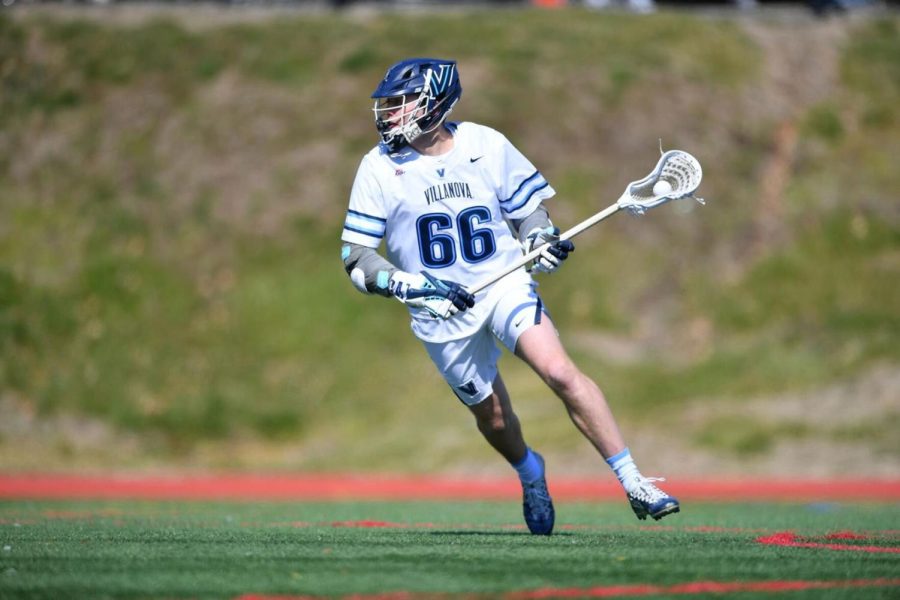 US Lacrosse Magazine has recently ranked the Villanova men’s lacrosse team as #19 in the nation for its “Early 2021 Rankings.”

The Wildcats’ season was unfortunately cut short last spring due to the COVID-19 pandemic. They finished the shortened season with a 4-3 record. This included a tight 13-12 non-conference victory over the top-ranked University of Maryland. Villanova’s three other wins came against Hofstra, Delaware and Penn, all on the road. The Wildcats have shown impressive consistency recently. They have had an average of nine wins in each of their last four full seasons. They have also had impressive wins over top-ranked teams. In its 2019 season, the team beat the Yale Bulldogs who were ranked first at the time and handed Denver its first-ever Big East regular-season loss.

Looking at this year, Villanova is expected to return with a balanced offense. The team will be missing a key contributor from last year, midfielder Connor Kirst, who transferred to Rutgers. Kirst was the leading scorer, totaling 17 goals in the seven games, and also added seven assists for the season.

The Wildcats do have experience though, returning four players from last year’s team who all had 10+ goals, led by senior Keegan Khan (14 goals, 12 assists).

Junior attackman Patrick Daly also returns for the Wildcats after a successful 2020 season. Daly started all seven games for Villanova and totaled 14 goals and eight assists.

Fellow junior Matt Campbell is also expected to be a difference-maker for head coach Mike Corrado’s squad. He will be expected to build on a 2020 season in which he totaled 12 goals along with nine assists.

The last returner who scored double-digit goals is senior Corey McManus. The attackman from Summit, N.J. will return for his senior year, after totaling 13 goals and two assists in seven games last season, all starts.

There was another big addition for the Wildcats this offseason when graduate transfer Jimmy McAfee joined the Wildcats from Amherst College. McAfee is a two-time All-American midfielder and was a team captain at Amherst for the 2020 season. McAfee is from Perrineville, N.J. and attended nearby Germantown Academy for high school, so he is familiar with the area. In 2019, McAfee earned short-stick defensive midfielder of the year honors. In 2019, McAfee also helped Amherst reach the NCAA tournament semifinals for the first time in their program history.

Throughout his four years at Amherst, McAfee played in 61 games, starting in 45 of them. He totaled 36 goals and 35 assists, good for 71 points. He also helped out by collecting 199 ground balls and causing 38 turnovers. Villanova will allow McAfee to pursue a Masters in Finance.

The team’s 2021 schedule has not been released yet, however, it is expected to be a top contender for the Big East title. If the team scores a couple of victories over top-ranked non-conference opponents, as it has proven to do in years past, expect the Wildcats to be in the hunt for the NCAA title.