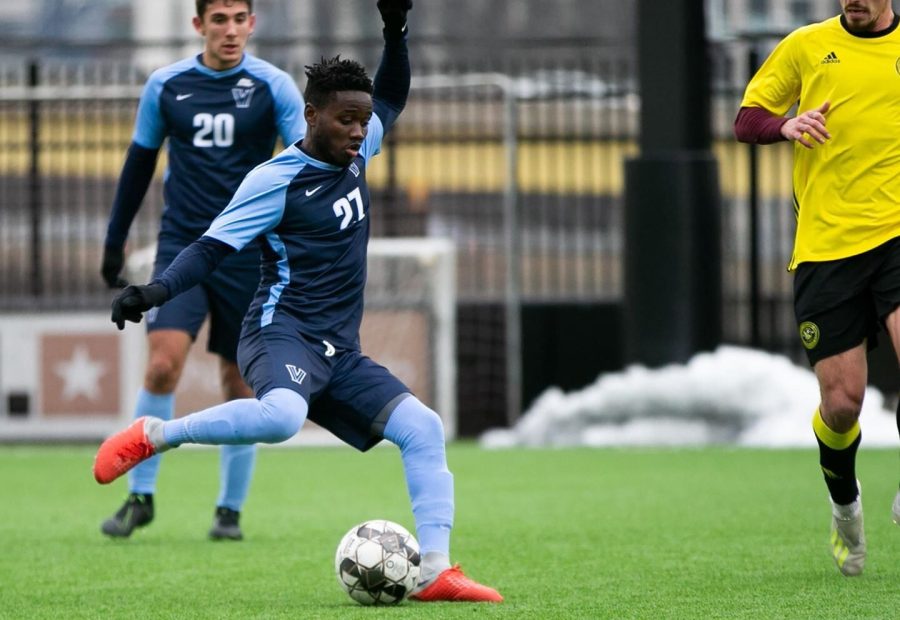 As they prepare for a season that is sure to look unlike any other, the Villanova men’s soccer team will rely on an infusion of new players into the program, adding eight freshmen and three graduate transfers. The team is aiming to reach the Big East Tournament for the first time since 2016.

Last season’s team was an excellent defensive team, led by redshirt junior goalkeeper Carson Williams. Williams was the owner of the nation’s best save percentage (.848), tying a program record with nine clean sheets. However, a late-season slide and a 1-8 record when conceding a goal meant that the Wildcats failed to make the postseason.

Nevertheless, last year’s team was filled with youth and will benefit from an added year of experience. Sophomore Lyam MacKinnon led the Wildcats in scoring with two goals and four assists, as well as leading the team in shots on goal. This year’s offense will also be helped by graduate transfer Nico Quashie, a forward joining from Virginia Tech, who scored six goals and assisted a pair more during his junior season with the Hokies.

Sindri Bjornsson and Elan Koenig are also joining the team as graduate transfers. Bjornsson is a midfielder from Iceland, joining the Wildcats after playing for Clemson the past two years. In an interview with Villanova Athletics, head coach Tom Carlin was excited about how he will fit into the team.

“We are going to ask him to get forward more than he did at Clemson, so I really think he is going to enjoy his role at Villanova,” Carlin said.

Koenig is a defender who is joining Villanova after being a loyal defensemen for the Wisconsin Badgers. He’s expected to slot in at center back, replacing Second Team All-Big East defender Shawn Bradley, who graduated last spring.

The team is also very excited to add eight freshmen to the program. Forwards Luke Pompliano and Akinjude Awujo both played high levels of club soccer, and will look to make an impact on the squad immediately.

Cyriacks played for Hamburger SV II, the reserve team of ex-European champion Hamburg, in his native Germany, as well as for BSV Rehden in the German fourth tier.

On defense, Jack Bonas and David Ogbonna join the squad, with Ogbonna likely to fill a hole in the team at outside back.

To round out the freshman class, goalkeeper Owen Kulick joins from the New York Red Bulls Academy, and he will provide high caliber depth for the team this season.

There’s incredible quality among the returning players as well. Of the six players who appeared in every game of last season, five returned, including senior captain Theo Quartey, who finished third in scoring for the Wildcats from midfield.

Although no one knows what this season will look like, expect a strong one for the Wildcats. Last season’s strengths look to be continued into this year, and the pieces are there for a strong record and overall success for the team, even in a competitive Big East Conference.

The team will continue to work hard over the fall and winter and looks forward to kicking off in the spring.