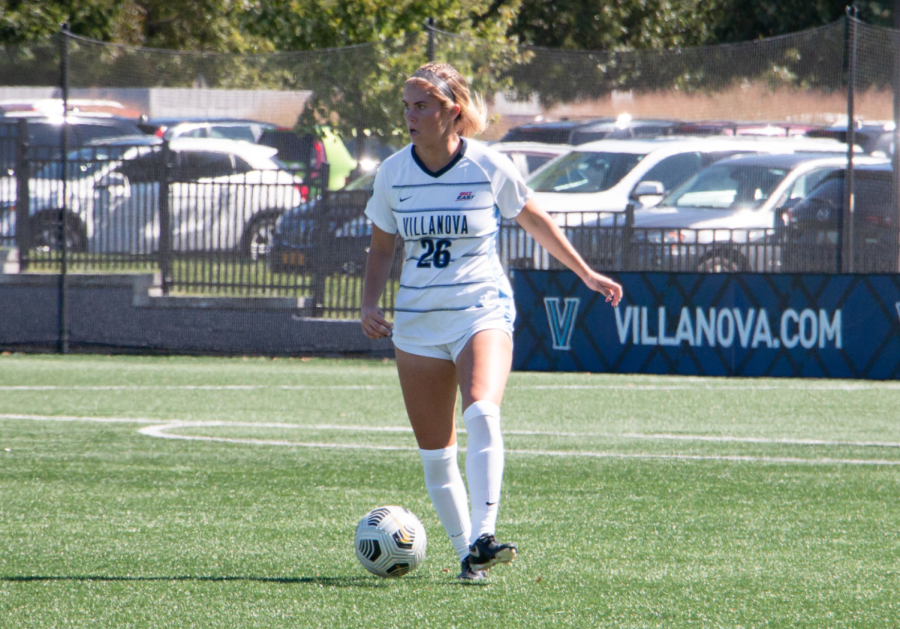 On Thursday, Oct. 28, the Villanova women’s soccer team lost its final game of the season at St. John’s, 2-1. The Wildcats finished with a record of 7-11 on the season, 1-9 in Big East play.

In this final game, the Wildcats played without head coach Chris McLain, as they did against Butler. Associate head coach Daniel Clitnovici filled in during these last couple of games for the Wildcats. It was announced on Friday that McLain had resigned from his position after five years as head coach.

The Villanova defense was the story of the first half, as it thwarted several St John’s attacks to enter the half tied at zero. Freshman goalkeeper Ela Kopec made her fourth consecutive start and came up big in the half with three key saves.

The Red Storm was able to end Kopec’s shutout in the 54th minute of the game, when Jessica Garziano was able to connect with Zsani Kajan for a goal.

The next goal came just six minutes later, as Nicole Mutler connected with Kajan, who passed it to Nicole Gordon. Gordon fired past Kopec to put the Red Storm ahead 2-0.

However, the Wildcats fought hard to tie it up. In the 87th minute of the game, senior forward Chloe O’Neill took a shot from outside the box which deflected off a St John’s defender and over the hapless Red Storm keeper. O’Neill ended the season as the team’s leading scorer.

With the game, the Wildcats wrap up a very disappointing season. After winning their first five games and starting the season 6-1, expectations were high around the program, but little went right in conference play. The Wildcats lost all but one of their conference games, and ten of their final eleven games.

Next season, much of the Wildcat core returns.  Villanova must replace leading scorer O’Neill, as well as search for a new head coach, yet with several key pieces returning, the future is bright for the ‘Cats.