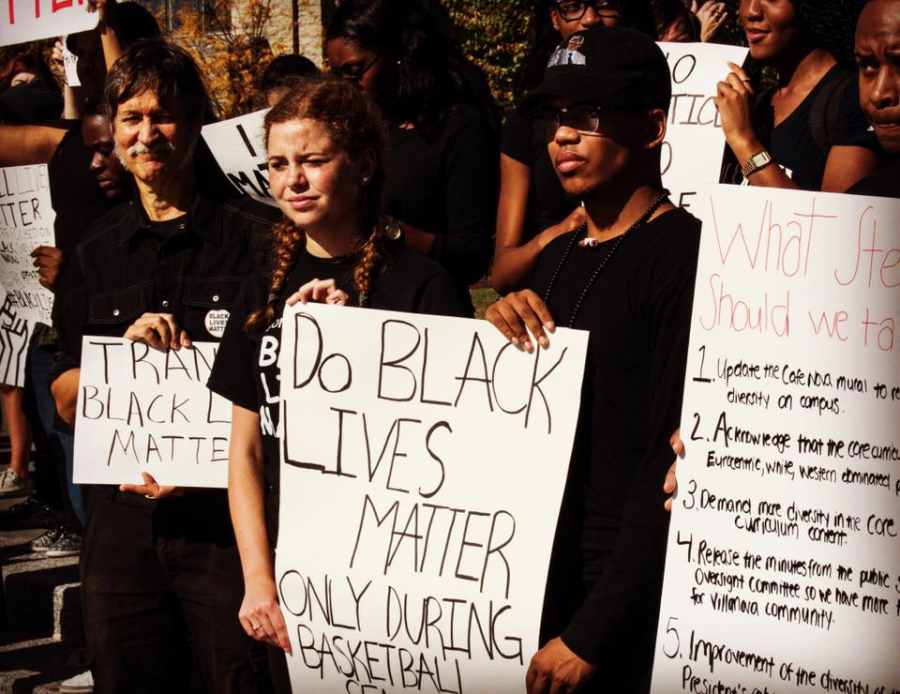 Courtesy of The Villanovan

In the tense racial climate currently within the United States, many Black athletes have taken to using their platform to speak on the issues affecting people of their race. However, many face backlash, with the most common argument being that they should just stick to their respective sport instead of speaking on political issues. The problem with this is that there seems to be a bias against Black athletes, with white athletes being celebrated for sharing their political opinions by prominent members of the media and society. This should not be the case. Athletes, no matter what, should be able to speak on issues pertaining to them, without their opinions undermined just because they play a sport.

Many examples persist of this implicit racial bias toward Black athletes, with the most recent example involving the NBA’s boycotting of playoff games. In response to the Jacob Blake shooting that happened in late August, many players boycotted their playoff games to raise awareness on the issue of police brutality, causing NBA Commissioner Adam Silver to postpone other games that week. Many players also took to Twitter to express their opinions and emotions on the issue that has affected a large portion of Black-Americans in recent years.

However, President Trump saw this protest by NBA players and went on Twitter to publicly condemn them. Instead of talking about the issue at hand, the President chose to attack the NBA for its ratings, saying, “[People] are tired of watching the highly political @NBA. Basketball ratings are WAY down, and they won’t be coming back…”

It seems like President Trump wants politics out of sports, but his actions later on do not reciprocate this.

On Sept. 20, MMA fighter Colby Covington, wearing a MAGA hat in support of President Trump in a post-victory interview, received a call from the President himself congratulating him on his victory. With this, the President was openly showing that it’s good to politicize sports if it benefits him but not acceptable when it’s in support of something else, like the Black Lives Matter movement. There is a clear racial bias against Black athletes when it comes to expressing something they believe in.

In the media, there are instances of this same idea. In 2018, Fox News host Laura Ingraham condemned NBA player LeBron James over his views on being a Black man in America and on President Trump.

According to an article from National Public Radio, Ingraham publicly addressed James, and “she was not interested in the political advice from ‘someone who gets paid $100 million a year to bounce a ball,’” and she told him to “shut up and dribble.”

These highly degrading and disrespectful comments undermine LeBron James’ responsibility as a prominent figure in the Black community to speak on issues regarding race, especially since his comments were in response to questions on racial graffiti sprayed on his Los Angeles home in May of 2017. Something like this is relevant to who he is as a person but apparently not to her and many who reflect her ideals. To make matters worse, Ingraham recently defended NFL player Drew Brees and his comments on why people should not burn the flag during the George Floyd protests in June of this year, showing a blatant double standard between the opinions of Black and white athletes.

These two examples show something alarming within our society. Often, the opinions of Black people are disregarded, while for white people, opinions are heard and celebrated by many prominent people we might look up to. A clear double standard exists, but especially in the realm of athletes. Black athletes are supposed to stick to their sport and not speak out of line, but white athletes can show support for whatever they want, according to the examples listed. If anything, it should be seen as a good thing for athletes to share their opinions on topics relevant to them, because even though they are famous for their sport, they are often prominent figures that many look up to, just like many do for the President. Black athletes should not be condemned for speaking on issues pertaining to them or for fighting for something they believe. It disregards something everyone has the right to do, and it seems that many are discouraged by our society from doing so.

I am not advocating for only Black athletes to be heard. No matter what, any athlete should be able to have opinions on any issues pertaining to them. It just seems that certain demographics are discouraged when everyone, no matter their skin color or beliefs, should not be condemned by society as many Black athletes are. Everyone has the right to an opinion.