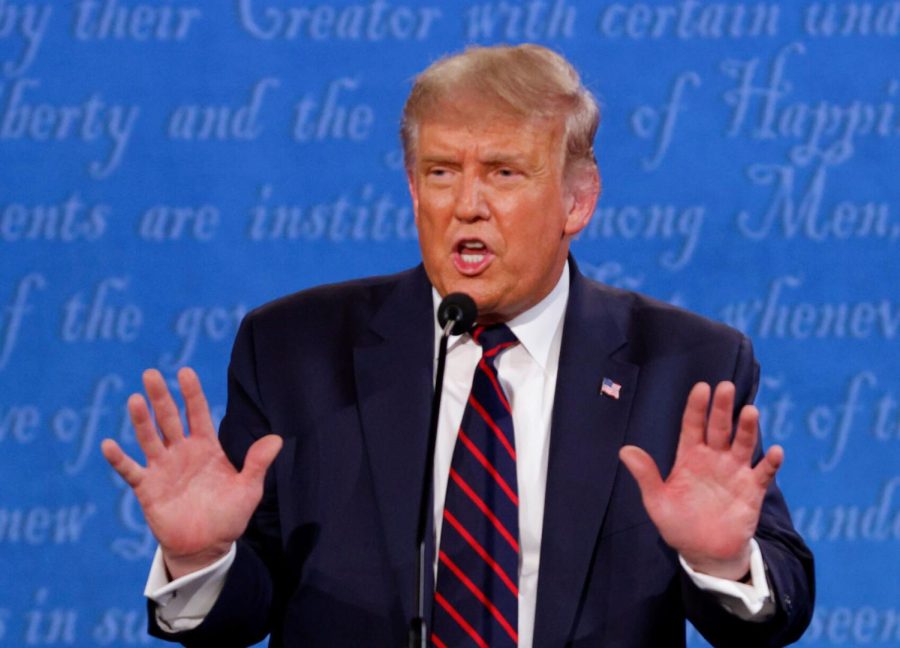 “Will you shut up, man?” Joe Biden exclaimed in the first presidential debate.  Countless Americans, myself included, shared Biden’s frustration as civil, political discourse quickly became a comedy show of insults and interruption.  This sentiment apparently resonated with the  Commission of Presidential Debates, as they announced each candidate would have their microphones muted for two minutes of uninterrupted time to answer during Thursday’s debate.

As a result, the final debate was strikingly more ordinary than its precursor which, to be fair, really doesn’t say much.

In response to moderator Kristen Welker’s first question regarding COVID-19, each candidate delivered reasonable, coherent answers, hesitant to exceed their allotted time or interrupt their opponent.  Whether or not they genuinely intended to respect each other’s time or simply feared the embarrassment of being promptly cut off, the new debate rules seemed to have initially worked.

This trend continued for about another half an hour until questions about foreign election interface began.  Trump’s uncharacteristically moderate tone quickly transitioned to ad hominem attacks of Biden’s son, Hunter, who has faced recent scrutiny over his business involvement in China and Russia.

Many of Trump’s claims were either unbased or wholly untrue, as he portrayed his opponent as “perhaps the ringleader” of a Biden criminal enterprise. To anybody aware of current events, this tangent was rather expected, as Trump’s campaign desperately seeks to portray Biden as yet another selfish and corrupt elite of Washington.

The Biden campaign made the decision before the debate to suspend campaign events and thoroughly prep the candidate. This is a decision I believe ultimately paid off.

Biden remained resilient this debate, going on the offensive more than he did two weeks ago. He countered Trump’s claims about his supposed financial gains from foreign entities by suggesting all sources of his income can be found on his public tax documents.  This was arguably Biden’s shining moment as he skillfully maneuvered the conversation back to Trump’s unreleased tax returns, a topic Trump has proven unable to provide any adequate response to.

Biden returned fire with fire, at one point responding, “Anyone responsible for that many deaths should not remain president of the United States of America.”

Similar to the first debate, 53% of voters who watched the debate claim Biden won the debate, opposed to 39% for Trump in a recent CNN poll.  However, this is a greatly reduced margin compared to the mere 28% who declared Trump victorious in the first debate.

There is no doubt Trump performed better than he did in the last debate. His answers regarding foreign policy in North Korea and a $15 minimum wage were comprehensive, logical and arguably the best responses he has provided since the 2016 presidential debates.

Despite this, Thursday’s debate only hampered Trump’s prospects for victory.  Biden likewise performed better than expected, providing answers that were either comparable or more convincing than his opponent’s as he homed in on values of respect and dignity.

Because of this, Trump failed to achieve the clear-cut victory his campaign desperately needed. Election polls have remained relatively stable less than a week away from Nov. 3, and this was Trump’s last potent opportunity to shrink his projected deficit.

I don’t think you can point to a specific winner in terms of debate performance; however, Biden emerges as a winner regardless. All Biden had to do was avoid disaster, and he successfully accomplished this. Was this a direct result of the muted microphones? Perhaps it was, but not entirely.

Biden entered this debate thoroughly prepared and if anything, the new rule actually assisted Trump, prompting him to take a more moderate tone. Regardless, a Biden administration is becoming more and more likely by the day, and Trump has yet to provide an adequate response to the seemingly inevitable.