iOS 14 and Our Worsening Addictions to Our Phones 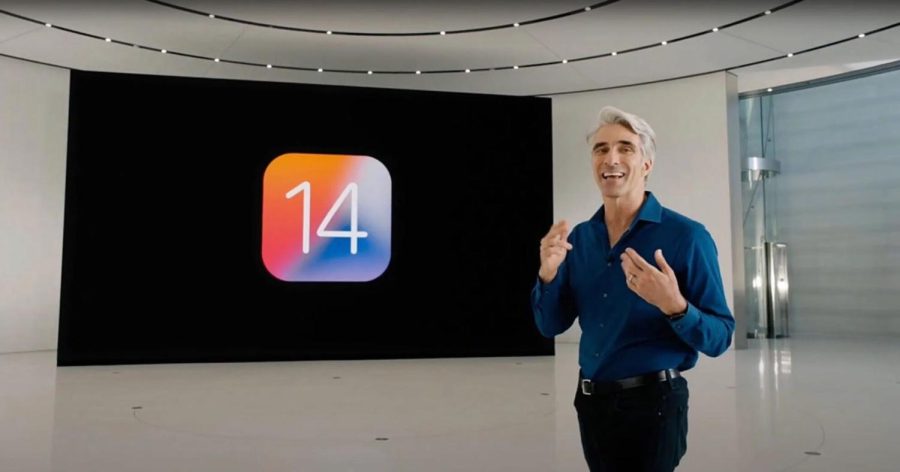 iOS 14 and Our Worsening Addictions to Our Phones

All over Twitter this week, I have seen people’s home screens turning into Club Penguin backgrounds, their app icons being altered to photos from favorite TV shows and their layout drastically changing with widgets of their favorite apps.

This is a big step for Apple. Since the very first iPhone came out with “iPhone OS 1,” users have had virtually no flexibility to customize their home screens. We were stuck with our boring little boxes of apps, all lined up, one after the other. iOS 14 changes everything.

Besides small visual changes in certain apps and faster overall performance, the biggest change for me (and most of the world) has been the ability to add widgets to our home screens. With this, we can add big boxes that contain weather, reminders, news, stocks, suggested music and so much more. Personally, I have been utilizing the fitness activity widget to make sure I’m getting my steps in and have also added a “Presidential Forecast” widget, which shows how much of a chance each candidate has of winning the 2020 Presidential Election with updates as polls come in.

Having all this freedom is great, but it made me wonder: are these new widgets doing more harm than good? Sure, it’s wonderful to be reminded to take a “brisk walk” to complete my activity ring for the day, but is it healthy to be staring at something like the presidential forecast every day? Won’t this just remind me of how divided we are as a nation and what is at stake in our next election?

Even though I was excited to customize my home screen for the first time with this update, I believe there’s a method to Apple’s (hidden) madness. These widgets are making us even more addicted to our cell phones. We’re already obsessed with our slabs of metal, and we hear more and more about how they can impact us in the long run. At the end of every day, I’ve started making a habit of checking my screen time, and I’m disappointed in myself each night. Even if we tell ourselves we’ll stop using our phones so much, it never works.

With widgets, we don’t even have to tap on an app to get information anymore. All we have to do is look at our home screen. The widgets are designed to give quick, attention-grabbing information that is just begging to be explored. If we want more information (which is almost always true), we can simply tap on the box and enter an endless world of scrolling and double tapping.

iOS 14 is designed to intrigue us and pull us in to our iPhones, but it certainly has not been advertised as such. Apple’s release of the update played out just like it wanted it to. People across the world are posting their new layouts, seeking out new ways to change the way they interact with their phone and praising Apple for letting the user customize their experience for once.

Maybe Apple waited 14 years to release an update in which we could customize our home screens so that, by the time it arrived, our excitement would outweigh the thought that this may be a ploy by Apple to get us more hooked on our iPhones. A smart business move, yes, but something that takes away from those face to face human experiences that we all grew up with. I miss the days of no smart phones, the days that felt like home, when we could talk transparently with each other and everyone who I passed by wasn’t staring down at their phone. As time progresses, I see that past as a distant memory that is sadly fading from society fairly quickly.

One thing is certain. When the first iPhone came out in 2007, everything changed. Thirteen years later, Apple is advertising iOS 14 as software that “feels like home.” However, it surely feels like we’ve lost the meaning of this home as time progresses.