Who is Amy Coney Barrett? 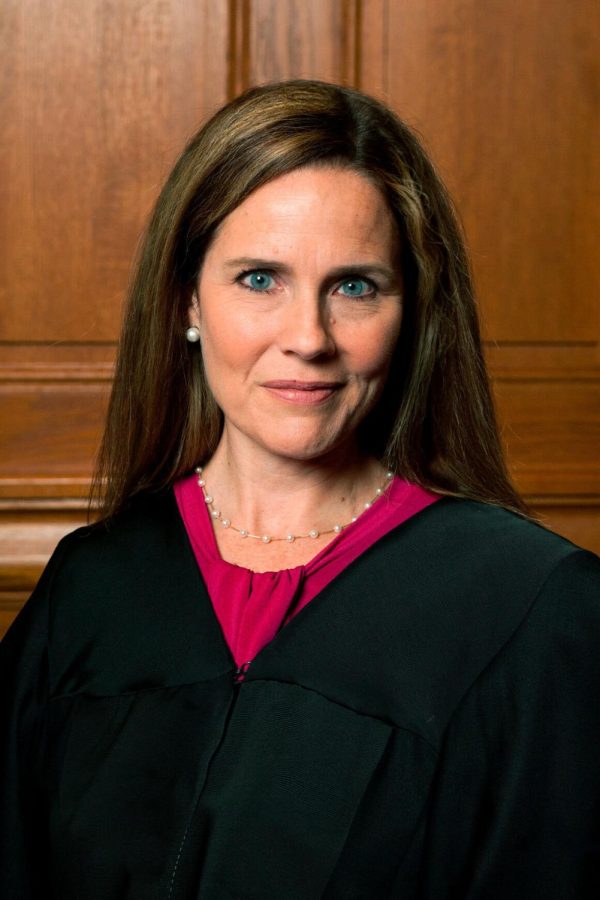 On Saturday Sept. 26, President Donald Trump formally nominated Judge Amy Coney Barrett to the Supreme Court. Barrett was nominated to fill the vacancy on the court left by the death of Justice Ruth Bader Ginsburg earlier in the month.

Since 2017, Barrett has served as Judge on the seventh circuit of the Court of Appeals, where she was also nominated by Trump. Barrett’s nomination passed through the Senate with a 55-43 vote. She was also considered a finalist for the previous Supreme Court vacancy, filled by Justice Brett Kavanaugh.

Barrett received her bachelor’s degree from Rhodes College and her law degree from the University of Notre Dame. She also clerked for the former Supreme Court Justice Antonin Scalia. Scalia was known for his conservative opinions while on the court and was cited as a source of inspiration for Barrett’s judicial philosophy.

According to the BBC, Barrett is considered an originalist. Originalists interpret the Constitution as it was originally intended when it was written in 1787. Barrett would lean solidly toward the conservative side of the Supreme Court if she is confirmed, following after her mentor Justice Scalia. On the issue of abortion, Barrett has sided with laws restricting abortion in cases she heard while on seventh circuit of the Court of Appeals.

While she has discussed the importance of precedent set by Supreme Court cases, Barrett also stated she would find it unlawful to support precedent if it goes against the writing of the Constitution. This statement could lead to the assumption that Barrett does not support Roe v. Wade. However, her view on the case is unclear.

In 2012, she supported a group that opposed the birth control mandate in the Affordable Care Act, according to CNN. She also was critical of the majority decision by Chief Justice John Roberts and the Supreme Court to uphold the Affordable Care Act. According to Fox News, Barrett wrote a three-judge panel decision that made it easier for a man to challenge an allegation of sexual assault on a university campus. This past June, Barrett dissented against a decision on putting on hold Trump administration restrictions on green card status for immigrants who use federal assistance.

Barrett is married to Jesse Barrett, a former federal prosecutor, and has seven children, two of whom are adopted from Haiti. She is Catholic and lives in South Bend, Ind.