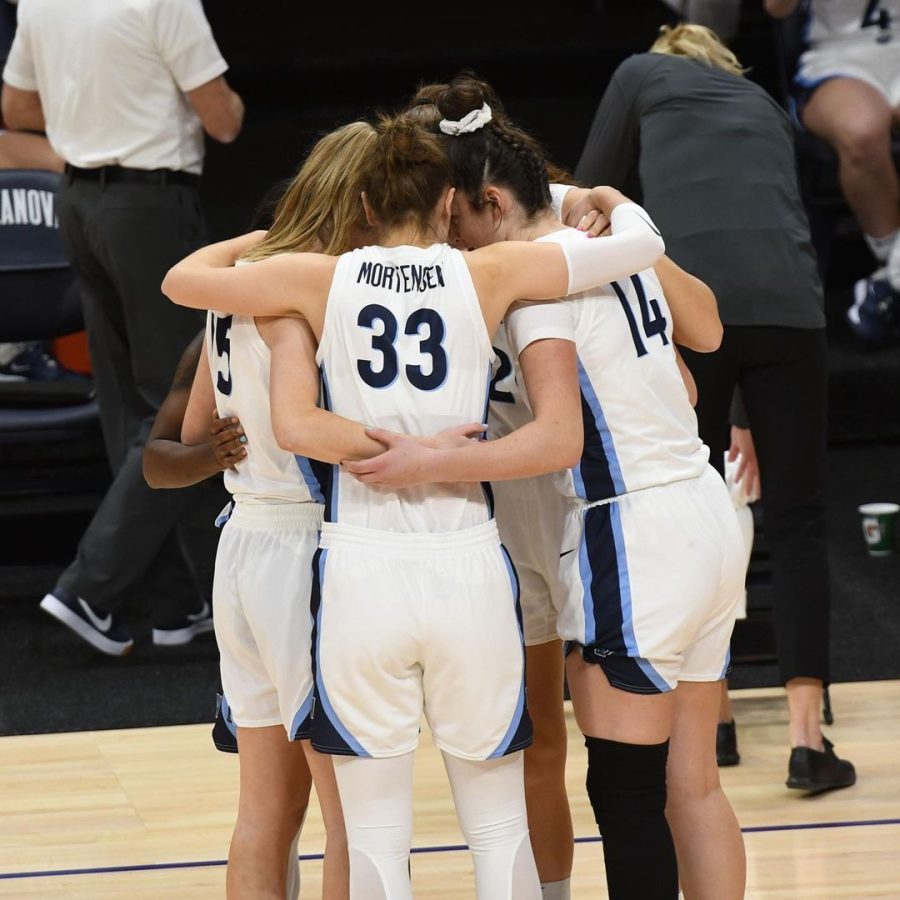 The 'Cats will look to keep their winning record when they face DePaul on Dec. 4.

On Sunday afternoon, Villanova traveled to Hamden, CT to face Quinnipiac University. The game came down to the final possession with the Wildcats defeating the Bobcats 63-60 to improve to 2-0 on the season.

Villanova sophomore Maddy Siegrist tallied a double double, leading all scorers with 25 points and 10 rebounds. She was one of three players in double digits for the Wildcats, along with Brianna Herlihy and Sarah Mortensen who scored 10 and 16 points, respectively.

The Wildcats came out strong with an 11-0 run to start the game with baskets by Herlihy and Siegrist. The Bobcats adjusted strategy and fought back, eventually cutting the lead to five, before Villanova extended the lead back to nine to finish the quarter.

The Bobcats were able to cut it to five in the third quarter, but strong defense and transition offense allowed Villanova to extend their lead back to eight entering the fourth.

The fourth quarter was the most competitive in the game, with Quinnipiac cutting the lead to one midway through. The Bobcats had various opportunities to take the lead, but were unable to convert against the tough defense from the Wildcats.

After a layup from Mikayla Morris of Quinnipiac, cutting the lead to 61-60 with 10 seconds left, Siegrist was fouled and sent to the free throw line for a 1-and-1. Siegrist buried both to give the Wildcats a three point lead with nine seconds remaining.

The Wildcats played strong defense on the last possession preventing the Bobcats from getting a good look. Junior Rose Caverly missed a fade-away three-pointer as time expired, securing the win for Villanova.