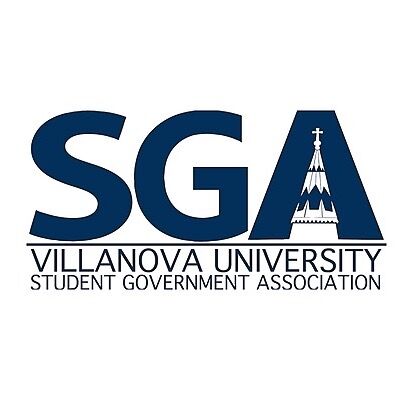 SGA held a senate meeting to discuss the incident.

On Nov. 10, the University Student Government Senate held its first public meeting since the resignation of a freshman Senator on Nov. 4 following their alleged use of a racial slur directed toward a Black student.

The allegation and resulting resignation—referred to as “what happened last week,” “the incident” and “the situation we’ve all heard about” by Senators throughout the meeting—prompted the attendance of several members of the wider university community, notably including around 15 members of the Villanova Black Student Union and BSU President Mia Arrington, who detailed the motivation behind the BSU’s presence.

“We’re here in light of recent events to express solidarity with Black students on campus,” Arrington explained. “We want more answers and more action from the school.”

Following the meeting’s routine procedures, the Senate opened the floor to Arrington and other BSU members for comments and questions.

In her opening remarks, Arrington emphasized the situation’s increased gravity due to the former senator’s platform and leadership role. She added that this role makes a swift and significant University response, beyond just the removal of the individual from their Senate role, even more necessary.

“This incident was between two people, but it was representative of so much more,” Arrington said, adding that this use of a racial slur on campus indicates greater institutional issues at Villanova and amongst predominantly white institutions in general.

In response to several of Arrington’s initial questions and comments, Speaker of the Senate Lauren Amoo explained that further disciplinary action against the former Senator would not be made public both due to standing University disciplinary policy. Amoo also clarified that the SGA’s somewhat restrained public response rested in the victim’s wishes for privacy on the matter.

Freshman BSU members Asata Mander, Reme Hart and Kentron White spoke up after Arrington, calling for more exposure to the issue and concrete action to address the community’s perceived apathy towards the matter. Mander suggested that the SGA should increase vetting and educating efforts for electees to avoid another instance of apparent racism in student leadership.

White added that the Senate’s supportive statements were a step in the right direction but stressed that words were not enough, asserting that it is the SGA’s duty to push for strong disciplinary action in this case and broader change on campus.

“Take these words, take these feelings and truly work towards a better future here at Villanova,” White said, addressing the Senate.

Sophomore Mia Bryant also brought up the issue of the resigned Senator’s possible reelection in future years. She emphasized that they should not be able to hold such a leadership position again to discourage an environment that accepts this behavior on campus.

SGA Vice President of Diversity, Equity and Inclusion Kristian Olvera responded to the speakers and meeting at large in support of the BSU and categorically condemned the actions of the former senator. He spoke to the importance of open communication between student organizations like the BSU and the Student Government, adding that he welcomed suggestions and concerns to improve DEI in the SGA and on campus.

Olvera also brought up the SGA’s new effort to cultivate open discussion about racial discrimination inclusion at Villanova through “Diversity Chats,” the first of which was held Nov. 9 and will continue on a weekly basis going forward.

“I stand here both as Speaker and as a Black woman on campus,” Amoo said, adding to the BSU contingent. “I fill this role to speak for you, for people that look like us.”

As the meeting came to a close, the focus remained on increased communication and transparency between University administration and the student body surrounding the disciplinary process going forward, a sentiment the BSU reiterated in a statement released Nov. 10.

“We want the University to take disciplinary action against the student involved, as well as be transparent with the entire student body about the process and the result of the case, due to the fact that we have all been affected by this matter,” the statement read.

According to Amoo, the application and process to fill the Senate vacancy is a top priority and the SGA hopes to do so by Thanksgiving break or immediately thereafter. This remains a developing story and will be updated as new information emerges.