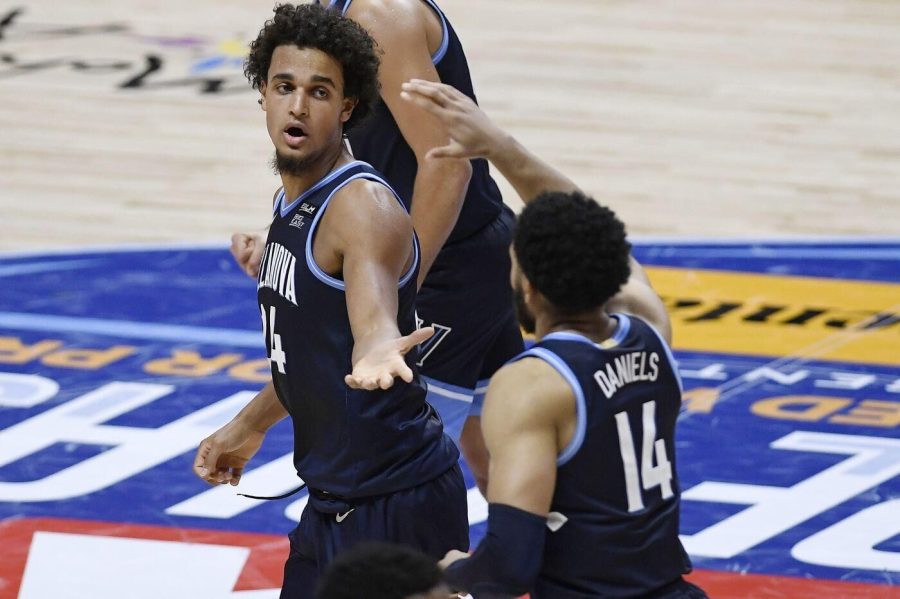 Villanova men’s basketball defeated Boston College 76-67 to win their first game of the season, advancing to the final of the 2K Empire Classic.

Despite being fifteen point underdogs, the Eagles were able to make the game competitive, capitalizing on first half domination of the paint, and Villanova’s rust, to go into the break tied at 34. Both teams came out with a renewed offensive focus, but it was Boston College that grabbed the momentum, with an 8-0 run to lead 57-48 with 12:43 left. The Wildcats quickly responded with a 17-4 run of their own. Junior guard Caleb Daniels, in his first game with the team after transferring from Tulane, hit a three to ensure the lead was kept.

Sophomore Jeremiah Robinson-Earl was the hero for the Wildcats, with eighteen points and ten rebounds, including six offensive. Villanova head coach Jay Wright said he believes the tide of the game shifted when Robinson-Earl returned. “He’s such a big part of our defense, he plays pick and rolls, he can switch, and he’s our best rebounder,” Wright said.

The scoring came from many different sources for the Wildcats. Senior guard Collin Gillespie had fifteen points and six assists. Daniels and guard Justin Moore also scored fourteen a piece as the team combined to shoot 50% from the field.

Gillespie’s senior leadership was key, taking the ball and slowing the tempo of the game to secure the win for the ‘Cats. Villanova outscored the Eagles 6-1 in the final three minutes.

Defensively, Villanova was initially dominant, before Boston College began attacking the paint. Guards Jay Heath and Makai Ashton-Langford were thorns in the Wildcats’ sides, combining for 31 points. Villanova struggled to deal with Rich Kelly as well. The Quinnipiac transfer was constantly in motion, drawing multiple charges for the Eagles.

The Wildcats advanced to play 18-seed Arizona State in the tournament final on Thursday. The Sun Devils defeated Rhode Island 94-88 in the earlier game to advance to the final behind 26 points from Remy Martin. The game tips off at 9:30.