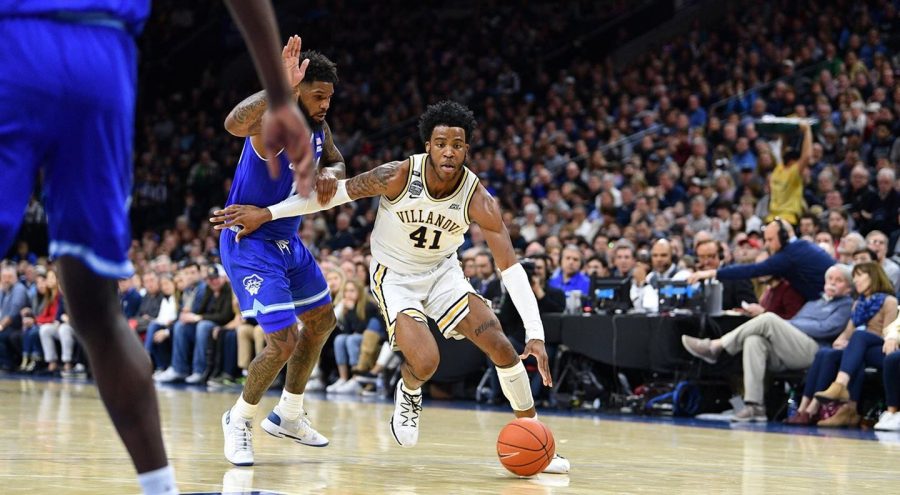 On Wednesday night, former Villanova Wildcat Saddiq Bey was selected with the 19th overall pick in the 2020 NBA Draft by the Brooklyn Nets. That pick is now being involved in a proposed three-team trade with the Los Angeles Clippers and the Detroit Pistons , which would end up sending Bey to the Motor City. Detroit also took Point Guard Killian Hayes from France with the 7th overall pick, and Isaiah Stewart 16th overall from Washington in a deal involving the Portland Trailblazers.

Based on projected draft stock, Bey took a bit of a slide, and that might be an understatement. Most trustworthy mock drafts had him going in spots 11-13 to the Spurs, Kings or Pelicans, respectively. Some projections had him going as high as 10 to the Phoenix Suns (Nova Nation was crossing its fingers for him to be united with Mikal Bridges). However, after all those names were called, it was shocking that he fell to 19.

So, how does Bey fit into Detroit?

The Pistons’ primary struggles throughout the season was consistent three-point shooting, floor spacing, and perimeter defense. As of right now, the Pistons don’t really have a “guy” post-Andre Drummond. Blake Griffin has regressed in head coach Dwane Casey’s system, and has not had his name spoken in typical regard since his days in Lob City with the Clippers. Derrick Rose, a former MVP in the league, is past his prime. Despite having some solid pieces – they can only be pieces – in Langston Galloway, John Henson, Brandon Knight, Thon Maker, Tony Snell and Christian Wood, they don’t really have any sort of foundation. They’re a bunch of basketball players, not as much as “roster”.

Bey is a foundational piece. He might not be a franchise player, an All-Star, or even a starter from the jump. But, he can provide instantaneous structure and impact to the roster. Bey covers all of the holes in Detroit’s playing. He shot 45% from three, making him an essential floor spacing piece for the team. He will also be a great defensive presence on all levels of the floor, averaging almost both a block and a steal a game for Jay Wright his second year.

How will Bey pan out compared to other Wildcats in the NBA? Only time will tell once the NBA season starts on Dec. 22.