‘Cats Go 3-0 After Win Over Temple 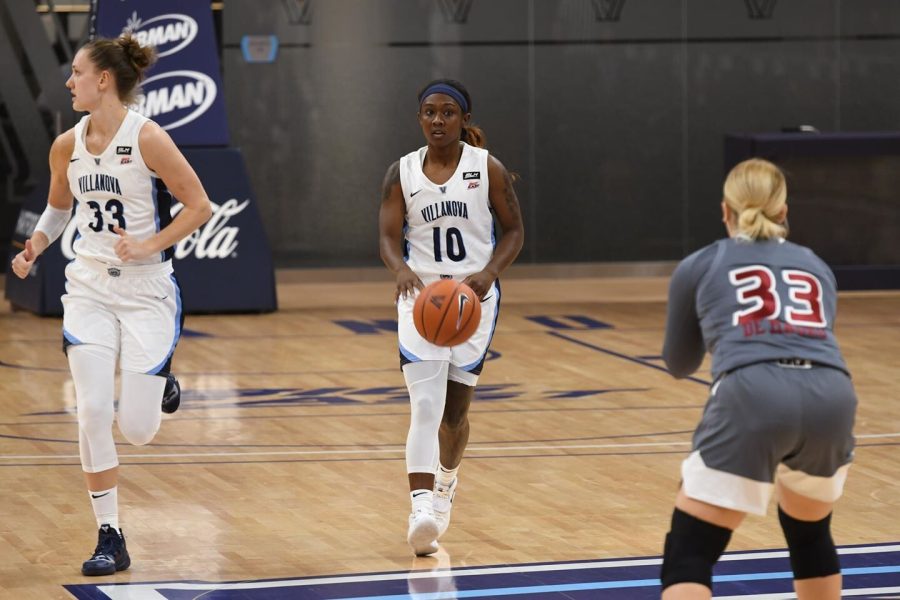 With a strong win against Temple the 'Cats look to St. John's on Sunday.

Villanova played its third game of the season on Friday afternoon, facing Big Five rival Temple University. The ‘Cats handily defeated the Owls 90-72, leading by as many as thirty-three in the second half, improving to 3-0 on the season.

This win was a team effort for the ‘Cats with standout performances from Bridget Herlihy, Maddy Siegrist, and Sarah Mortensen. Siegrist led all scorers with 23 points and 12 rebounds, recording her third double-double of the season.

Herlihy added 22 points and seven rebounds and Mortensen tallied 18 points and nine rebounds of her own.

Villanova continues to get strong minutes from the freshman class, especially Bella Runyan and Lior Garzon. Both Garzon and Runyan have played crucial minutes for the ‘Cats in the first three games on both sides of the floor. Runyan scored 5 points and grabbed 7 rebounds along with an impressive defensive performance. Garzon tallied 7 points and 4 rebounds.

Villanova started off strong with seven quick points, but Temple fought back. The Owls tied the game 12-12, but the ‘Cats finished the first quarter with an 11-5 run to lead by six entering the second.

Temple cut the lead to four early in the second quarter, but Villanova’s strong defense led to transition offense opportunities that the Owls were unable to contain.

Villanova stretched out their lead to twenty with 1:35 remaining in the half, but three consecutive baskets by Temple cut the lead to fourteen heading into the half.

The ‘Cats did not let up in the second half, scoring 33 points in the third quarter on more transition opportunities created by defensive turnovers. Herlihy and Siegrist led the charge stretching the lead to thirty entering the fourth quarter.

Temple gave everything they had in the fourth quarter to try and cut into the lead. The Owls were led by senior Mia Davis who recorded 22 points and 7 rebounds. Despite the strong effort from Davis and the rest of the Owl’s roster, the ‘Cats persevered.