The Double Standard of American Protesting 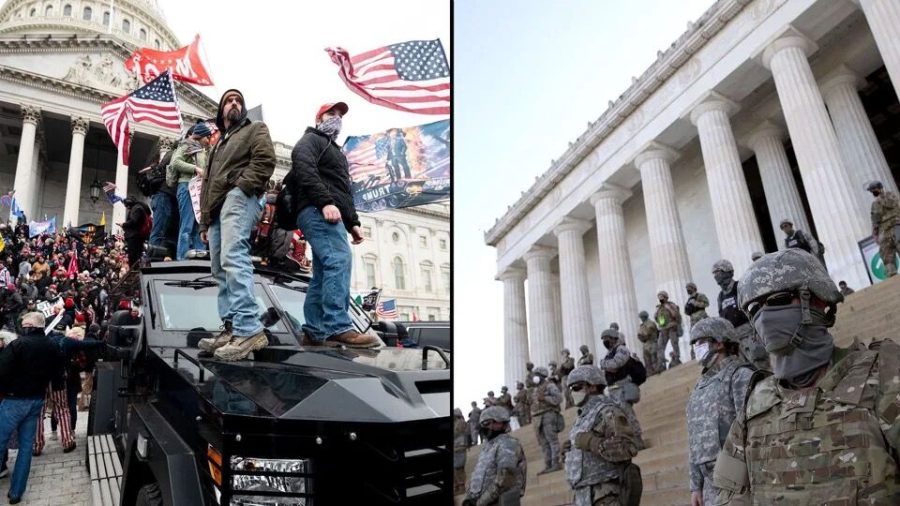 Those were the words 26-year-old student Aubreanna Inda spoke to intensive care nurse, Danielle Meehan, after she was hit in the chest with a flash grenade by Seattle Police at a Black Lives Matter protest in June. Inda then fought for her life as she lost her pulse 3-4 times in Meehan’s arms before being successfully resuscitated.

Black Lives Matter protestors marched peacefully in response to people of color’s unjust deaths at the hands of police. They marched hand in hand with each other, simply raising their fists in solidarity with a rallying cry of “Hands up. Don’t shoot!” Police forces mobilized to counter the non-violent protests and incited chaos. These peaceful protests for justice were met with tear gas, rubber bullets, and violence to ensure that they would be silenced.

“We love you. You’re very special.” The words of President Trump used to address and describe the rioters that stormed the U.S. Capitol Building on January 6th.

In an attempt to halt the certification of the 2020 U.S. Presidential Election results, pro-Trump rioters stormed a “citadel of liberty,” CNN Political Analyst Gloria Borger explained. Rioters, some in body armor, broke windows, stormed on and assaulted Capitol police, and forced lawmakers to evacuate and barricade themselves in the House chambers, where security eventually pulled their weapons and entered a standoff with the invading rioters.

These rioters were met with nothing. The Pentagon hesitated to deploy the National Guard, who as of now has barely been utilized. Riot police simply asked rioters to leave, taking their hands and patiently helping them walk down the front steps of the U.S. Capitol. Rioters were praised for their efforts by President Trump and faced little threat from any outside forces. On the other hand, unfortunately, a woman was shot and killed on Capitol grounds, and it is currently unclear what happened that led to that shooting.

I do not endorse violence in any form, and this piece certainly is not advocating for any violence to be brought against the perpetrators of this attempted coup.  However, what does it say about our country when a group of mostly-white, hateful, violent, and destructive rioters who are preventing a peaceful, legal transfer of power are met with hand-holding and peace, while peaceful protests against the oppression of minorities are met with tear gas and violence?

There is a double-standard in this country about how protests are handled. Peaceful Black Lives Matter demonstrators were characterized by conservatives as “thugs,” “terrorists,” and “anarchists.” However, this pro-Trump mob, who committed federal crimes, was characterized by the President as “great patriots who have been badly and unfairly treated for so long.”

The response to the Black Lives Matter movement by conservatives was nothing short of callous and is, frankly, the reason why this country is so polarized. It is common sense to understand that all people should be treated equally and fairly in the eyes of the law, which is a sentiment that this country is built on. However, what we see through the handling of this situation is that that sentiment is nothing more than words.

If this country was actually built on equality, Black Lives Matter protestors, who were advocating for equality for all due to racial injustice, would not have faced harsh punishments for expressing their cause. They would have been met by law enforcement peacefully, or police would have acted in a similar manner to this pro-Trump mob as they did to BLM demonstrators.

It is time that Americans face the music. The United States is not a land of equality. The contrast in the way that these two situations were handled clearly displays the hypocrisy and racism of the American justice system. When minorities’ lives were threatened and people banded together, they were met with bullets that were encouraged by the President of the United States. When majority-white rioters met with threatening the future of our new, democratically elected government, they were met with peace.

Americans can no longer ignore the pain this administration has caused, and we must stand up. Stand up for people’s first amendment right to peacefully protest without fear of violence, stand up for Black lives, and stand up to make sure these rioters, and their encouragers, are held accountable for their actions.