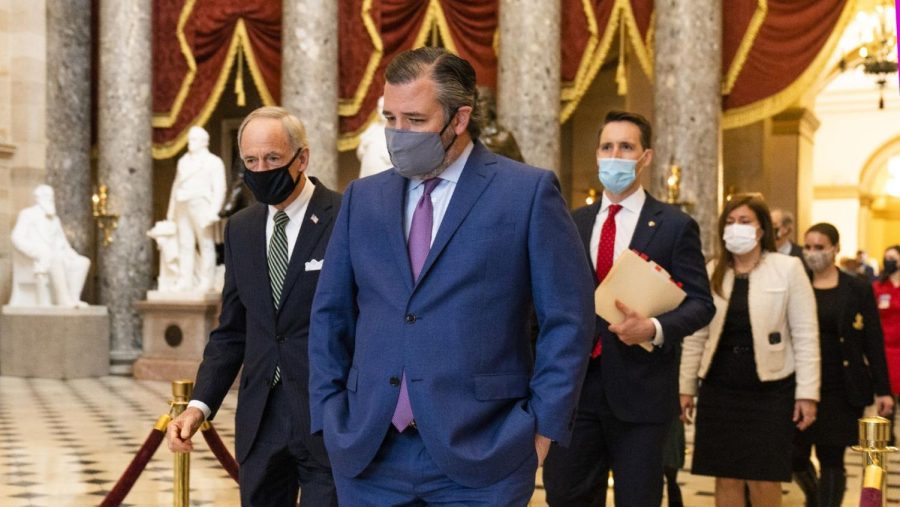 Like many Americans, I spent the afternoon of January 6th watching in disgust as the United States Capital was breached by a pro-Trump mob attempting to contest the results of the 2020 Presidential election and undermine the Constitutional process of the certification of electors. While the bulk of the blame should undoubtedly be placed at the feet of President Trump and his consistent refusals to concede the election, Senators Josh Hawley (R-MO) and Ted Cruz (R-TX) deserve severe criticism for their role in legitimizing claims of widespread voter fraud and casting doubt on the legitimacy of the Presidential election.

While I believe that Senators Hawley and Cruz neither foresaw nor intended the disgraceful events that occurred at the Capital, one thing is certain – they have forfeited any claims to the “constitutional conservative” label that so many Republicans hold dear. Senator Hawley, whose 2024 Presidential ambitions would not be more obvious if he had “Republican Presidential Hopeful” tattooed on his forehead, was the first Republican Senator to announce that he would be objecting to the Electoral College results during the January 6th certification, in accordance with the procedure put in place by the Electoral Count Act of 1887. He was later joined by 11 other Senators including Senator Cruz, who finished as the runner-up to President Trump in the 2016 Republican primaries and is clearly preparing for a run at the Republican nomination in 2024. These two Presidential hopefuls turned a Constitutional process into a litmus test for the next election cycle, effectively sacrificing the Constitution they claim to be staunch defenders of at the altar of personal ambition.

Republican politicians frequently invoke the phrase “what the founders envisioned,” and for good reason. So in that spirit, let us take a look at what the founders envisioned. Alexander Hamilton, writing in Federalist 68 described the process of electing the President of the United States in the following way: “the people of eachState shall choose a number of persons as electors, equal to the number of senatorsand representatives of such State in the national government, who shall assemblewithin the State, and vote for some fit person as President. Their votes, thus given, areto be transmitted to the seat of the national government, and the person who mayhappen to have a majority of the whole number of votes will be the President.” Nowherein this or any other essay of the Federalist Papers is there mention of the nationalSenate’s power over the election of the President and Vice president.

Although the aforementioned Electoral Count Act of 1887 established proceduresfor Representatives and Senators to object to the electoral counts of particular states,no serious “constitutional conservative” would apply such a loose reading to the act asSenators Cruz and Hawley have done. Any objections to electoral vote counts wereintended to be serious objections supported by empirical evidence, not a platform to air

grievances about particular election laws within states. Put simply, no one who holdsthemselves to the standard of a “constitutional conservative” would dare entertain theidea that the United States Congress has the level of power over a Presidential electionthat Senator Cruz and Senator Halwey are promulgating.

The much maligned Electoral College is a check against the very ambitions ofSenators like Mr. Hawley and Mr. Cruz. The President and Vice President are electedby each state, and once those states have certified their election decisions, the resultsare final. In 2016 it was Donald Trump and Mike Pence, and in 2020 it was Joe Bidenand Kamala Harris, end of story. No amount of posturing or performative politics on thepart of partisan senators can change the results of a Presidential election when theprocess has unfolded in its intended manner.

Mr. Cruz and Mr. Halwey may not like the results of the 2020 election. That’sfine, I don’t either. They may not like the idea of widespread mail-in and/or early voting.That’s fine, I don’t either. What they cannot do is allow their ambition to invert the visionof the founders while labeling themselves “constitutional conservatives.” In the words ofanother Republican senator who knew a procedural farce when he saw one, “boy y’allwant power, god I hope you never get it.”