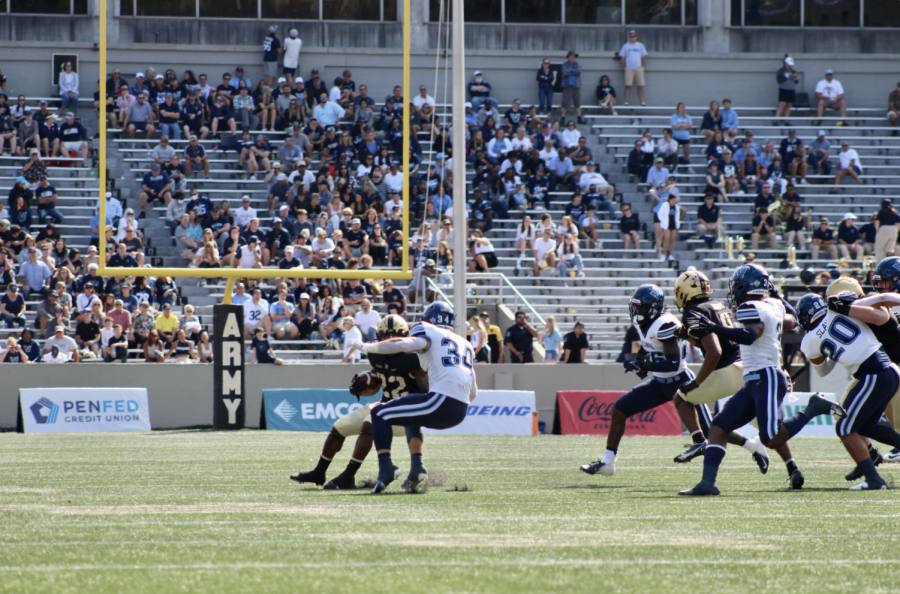 Despite losing 49-10, Villanova paid respect to Army during the postgame alma mater.

WEST POINT, N.Y. — After its defeat at Army, Villanova engaged in a long-honored tradition. The Wildcats made their way over to the Army student section and stood with the Army team as they sang their alma mater.

“Their administration spoke to ours and asked if it would be something we would do,” Villanova head coach Mark Ferrante said. ”It’s really a show of respect, this is one of the service academies.”

Army’s Alma Mater dates back to 1911, and it has been tradition for opposing teams, win or lose, to stand with the Black Knights team as they sing it post game.

“Just to show the unity and brotherhood after the game regardless of which way the game turned out,“ Ferrante said. “When they sent us the email and asked us if that would be something we would be willing to do, I said ‘Of course, of course we’ll do that.’ So we joined them at the end and paid respect to their program and alma mater.”

The service academies remain uniquely positioned in college football, yet they’ve struggled to remain competitive with the top flight of Division I teams. But while the programs may lack in competitiveness, they make up for it with their deep rooted traditions.

Army may have gotten the best of the Wildcats on Saturday, but for Ferrante and staff, it’s important to remember the importance of playing a service academy.