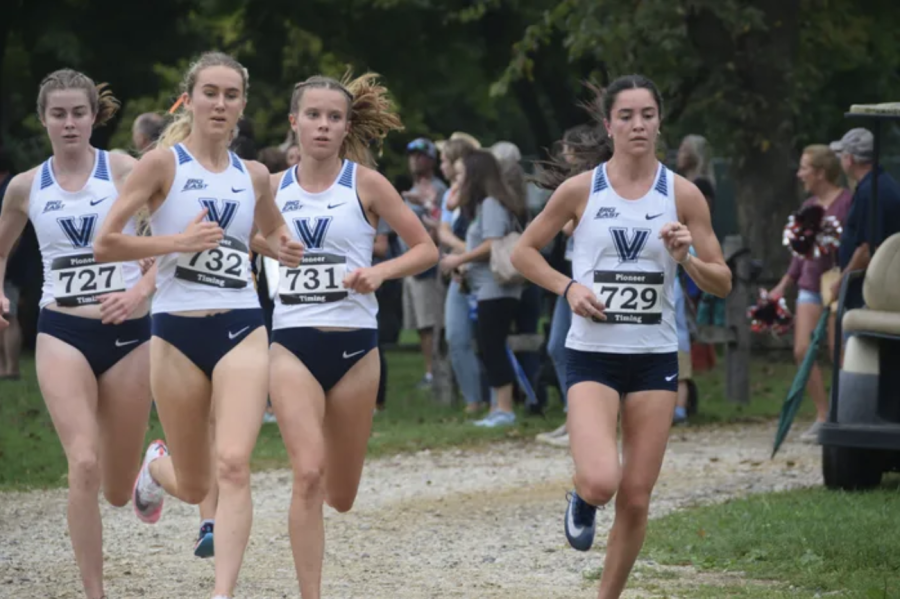 Women's cross country had the top three finishers at the 2021 Big East Championships.

The Villanova women’s cross country team ended with a strong season last year, and it hopes to build off of its success as it enters into the new season.

The team finished third at the Big East Championships last year and had three top-100 finishers leading to a 27th place finish at the NCAA Championships in November of last season.

The team’s top finishers in the NCAA Championships last year were senior Lydia Olivere, junior Maggie Smith and freshman Sadie Sigfstead. They were the top three finishers in the Big East Championships, with the team securing a fourth place finish out of 11 competitors. The trio also proved its success through its third place win at the NCAA Mid-Atlantic Regional competition last season.

Olivere has graduated, leaving Smith and Sigfstead to lead the team as the ‘Cats prepare for their first official meet in Bloomington, Indiana at the Coaching Tree Invitational on Sept. 16.

The following week, the team will compete in the The Paul Short Run at Lehigh University. Last season, the team placed second out of 38 teams with a total of 17 points, with Olivere, Smith and Sigfstead ranking as the top scorers of the team.

Smith ran a personal best, with a 6,000 meter time of 19:47.4 at Lehigh in 2019. At the Big East Championships, Smith finished 14th out of 97 runners in the same event, with a time of 21.24.2. Last September, Smith was named Big East Female Athlete of the Week following her winning performance against 76 competitors in the Main Line Invitational, with a three-mile time of 16:20.0.

Head coach Gina Procaccio is entering her 22nd year leading the women’s cross country team. She has led the team to two national championships and 17 Big East titles. She has been named National Coach of the Year twice and is a 17-time Big East Coach of the Year. Procaccio is a 1987 Villanova graduate herself and competed as a Wildcat for one year of eligibility after transferring from the University of Florida. She was part of the team that ran the 4×800 meter relay winning an NCAA Championship and setting a world, American and collegiate record time of 8:24.77.

The team is expected to begin its season with a strong performance in the Coaching Tree Invitational this Friday, Sept. 16, at 10 a.m.