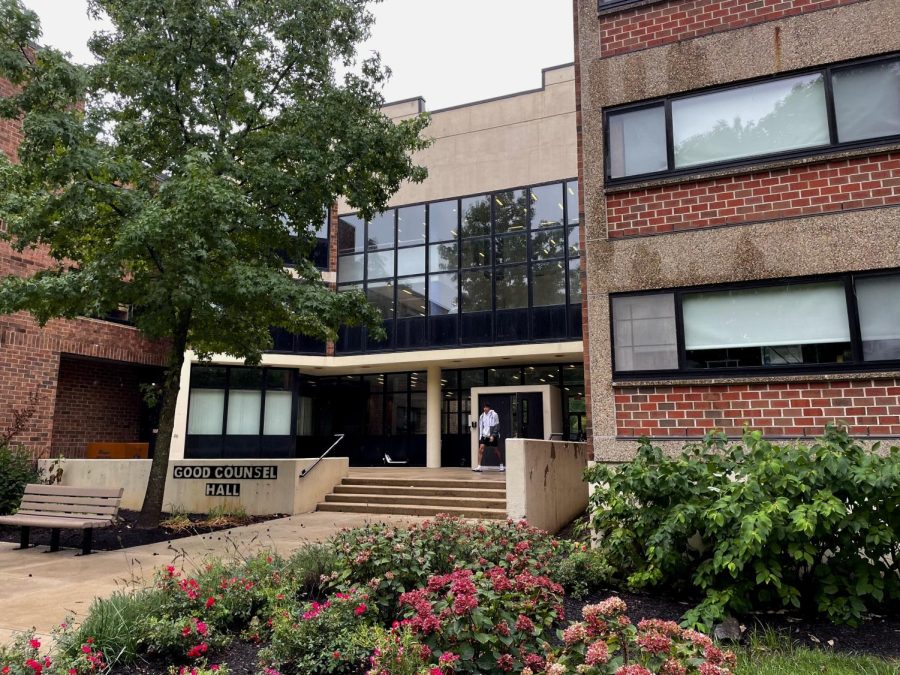 Eugene Hammen was charged with Burglary, Invasion of Privacy, Loitering and Prowling at Night and Possession of Instruments of Crime.

In an email to the Villanova community on Tuesday, Sept. 6, Villanova Public Safety Chief of Police David Tedjeske announced the name, photo and license plate of 40-year-old Eugene Hammen, who broke into Good Counsel Hall in October 2021 and was arrested for loitering on South Campus in May 2022. It was later found that he was photographing female students. Hammen is not incarcerated at this time.

After his arrest in May, Hammen was connected to the crimes that occured in October. The Villanova University Police Department charged Hammen with Burglary, Invasion of Privacy, Loitering and Prowling at Night, and Possession of Instruments of Crime in May.

Further investigation revealed that Hammen was photographing female students on South Campus. In his email to the Villanova community, Tedjeske stated, “Those individuals affected have been identified and were notified by Villanova Police.”

Following his arrest, Hammen was arraigned before a judge, fingerprinted and photographed. The judge then set a Release on Recognizance (ROR) Bond, meaning he was released on a contractual agreement that he will appear and comply as required with the rest of his legal process. His next hearing date has been set for October.

Public Safety issued a photo of the intruder in its email and encourages anyone who spots Hammen to contact Public Safety as soon as possible. To the University’s knowledge, Hammen has not come back to campus since May.

This email was sent to students a little less than two weeks after classes began. Tedjeske said there was one main reason for waiting.

“I can’t recall a specific reason why it wasn’t included at that time,” Tedjeske said. “I do know that we didn’t have all the information that we do now in terms of knowing what was on his phone. We chose to send the notice to be proactive, to let students know that this is someone they should be watching out for.”

Tedjeske explained why the University notified the community on Tuesday.

“With classes in swing and everyone back on campus, we thought it would be prudent to let students, faculty, and staff know about this because things escape people’s minds,” Tedjeske said. “Or in this case, the incoming freshman class wouldn’t have been notified about this at all.”

Following the 2021 incident, the University moved to enhance security on South Campus, “including increased lighting and CCTV cameras, cutting back foliage and shrubbery near buildings, and increased patrols of the area,” according to an email sent on Tuesday.

Tedjeske offered further recommendations for how students can stay safe on campus.

“If you live on a ground floor, keep your windows secured and your blinds closed,” he said. “Especially students who are staying over breaks, when there’s not as many students around, that’s when the October incident occurred, that’s a time to really make sure that doors aren’t propped and noting anything that seems out of place.”

Tedjeske also said Public Safety is increasing patrols around campus. He explained that there are inherent risks that come with an open campus, and the entire community must remain vigilant.

“This is the reason why people have to take notice of their surroundings, report things that are suspicious and do what they can to help themselves and each other,” Tedjeske said.