The FDA Should Approve the AstraZeneca Vaccine 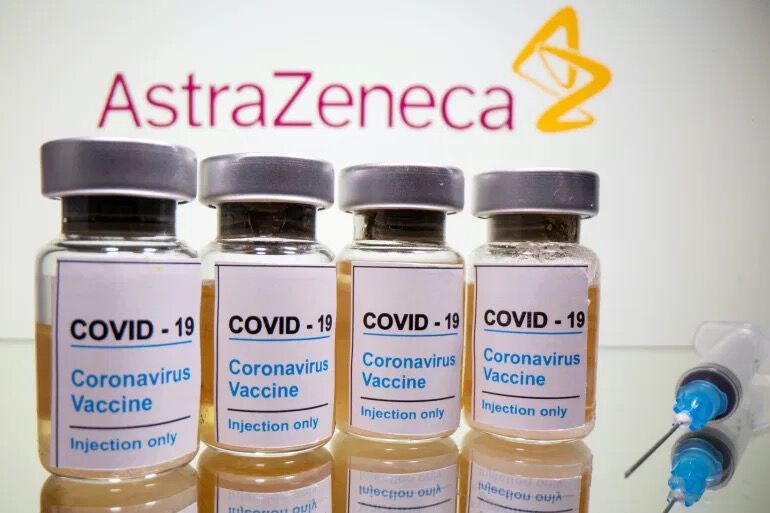 The AstraZeneca COVID-19 vaccine is the latest to reach the approval phase.

One of the most frustrating parts of the pandemic is the feeling of helplessness. We don’t know when we are contagious and spreading the virus to loved ones. Wearing a mask helps but isn’t a panacea. Physical distancing is effective, but social isolation has taken a collective toll.

There are few things we can do to save lives. However, we know one thing that does work – vaccinating the public as soon as possible. Unfortunately, the FDA is stymying this goal by delaying the approval of the AstraZeneca-Oxford (AzOx) vaccine. To save lives and expedite the end of the pandemic, the researchers behind the AzOx vaccine should immediately apply for an emergency use authorization, and the FDA must rapidly grant it.

The FDA is asking AstraZeneca to complete a trial in the United States to clear up questions about the vaccine’s effectiveness after dosing errors in initial trials led researchers to report two different efficacy numbers. The first group reported 62% efficacy after receiving two full doses four weeks apart. Another group was inadvertently given a half-dose first and then a full dose four weeks later, which researchers found was 90% effective.

While it may seem counterintuitive, the smaller first dose regimen may better stimulate the body’s immune response. The FDA’s requested trial and subsequent approval process to explore these differences are not anticipated to be completed until sometime in April. Asking for more data to determine exact efficacy simply does not pass muster as a reason to delay approval.

The CDC and FDA initially set a threshold for any vaccine seeking approval at 50% efficacy, which this vaccine’s lower bound already surpasses. Under normal circumstances, delaying a vaccine that studies have found to be safe and has between 62% and 90% efficacy against infection would be concerning (for comparison, the annual flu vaccines are usually between 40% and 60% effective). But amid a pandemic where more than 2,000 of our fellow citizens are dying every day, this delay is outrageous.

The UK approved the AzOx vaccine on Dec. 30 and has given it to more than one million people. Did British regulators unleash a dangerous or ineffective vaccine on its population? The European Union and around 18 other countries have approved the vaccine for public use. Does the FDA know something they don’t? If yes, they should get on the phone and alert those countries about their error. If not, we should immediately approve the vaccine.

Some detractors have questioned the AzOx vaccine’s efficacy in people over 65 years of age and suggested this is a reason to delay the vaccine. The logical response to such a concern is not to delay the whole rollout for the whole population, but rather to approve the vaccine for the age groups where there are no doubts and then continue to study the other populations.

Consider that neither the Pfizer-BioNTech nor the Moderna vaccine has been approved for use in people under the age of 16. Should we have delayed approving those vaccines for the rest of the population until we had data for those age groups? No, we shouldn’t have and we didn’t.

We must do the same this time with the AzOx vaccine and at least immediately approve it for those between 18 and 65 years of age, as dozens of countries have already done.

Additionally, even if the vaccine was shown to be completely ineffective in older populations, we should still approve it for the relevant age groups and free up tens of millions of doses of the AzOx vaccine for those younger groups. This would allow us to focus on Moderna and Pfizer-BioNTech doses for vaccinating older Americans, for whom those vaccines have proven highly effective.

The federal government has committed to buying 300 million doses of the AzOx vaccine at a cost of over $1 billion, making it approximately 80% cheaper than either the Pfizer-BioNTech or Moderna vaccines. It is also much easier to transport and store, as it does not require sub-zero freezers like the Pfizer-BioNTech or Moderna shots. A recent preprint study in Lancet found the vaccine to be 76% effective after the first dose and that protection was maintained until the second dose, which then raised the effectiveness to 82%. The study also found the optimal dose interval to be twelve weeks.

This means that the AzOx vaccine would allow us to pursue a robust “first-doses-first” approach in which we vaccinate as many people as possible with a first dose without holding back second doses. Instead, we could use the doses on hand as quickly as possible and allow manufacturers to use that twelve-week cushion to replenish the supply. As UK health officials recently said, “At this stage of the pandemic prioritizing the first doses of vaccine for as many people as possible on the priority list will protect the greatest number of at-risk people overall in the shortest possible time and will have the greatest impact on reducing mortality, severe disease and hospitalizations and in protecting the National Health Service and equivalent services.”

This approach has led the UK to administer 50% more vaccines per capita than the US has. Additionally, we currently have a factory in Baltimore that is already producing the AzOx vaccine so that once it is approved, we can immediately begin distribution and administration. In fact, according to The Baltimore Sun, this facility has already produced millions of doses that are currently being stockpiled pending FDA approval.

Think about the sheer insanity of what is happening. The US averaged around 3,000 coronavirus deaths per day last week. Hundreds of millions of Americans desperately want a vaccine but can’t get one. We have an additional vaccine that studies have shown is very effective at preventing coronavirus transmission, infection, hospitalization and death.

More than 30 countries, including the UK and EU, have approved this vaccine and administered millions of doses. We have manufactured millions of doses that are currently sitting in a factory unused. and hundreds of millions more are in production. The vaccine is cheaper and easier to transport and store than others. And still, the FDA is choosing to withhold this vaccine until at least April.

This is a grievous failure that will directly cause needless death and hardship. The pandemic has ravaged our country. More than 450,000 Americans have died from this terrible virus. We’ve felt the sting of shuttered businesses, closed schools and social isolation as we try to stop the spread. The end of this nightmare feels like it might finally be within sight because of these miraculous vaccines. That hope makes it even more imperative that we do not allow sclerotic bureaucracy to squander our chance to save thousands of Americans from preventable death. We’ve made many mistakes in our response to the pandemic, we cannot allow this clear failure to join the already long list of unforced errors.

We owe it to those people and their families whose lives we can save to do everything we can. The FDA must approve the AstraZeneca-Oxford vaccine immediately. We can’t wait any longer.