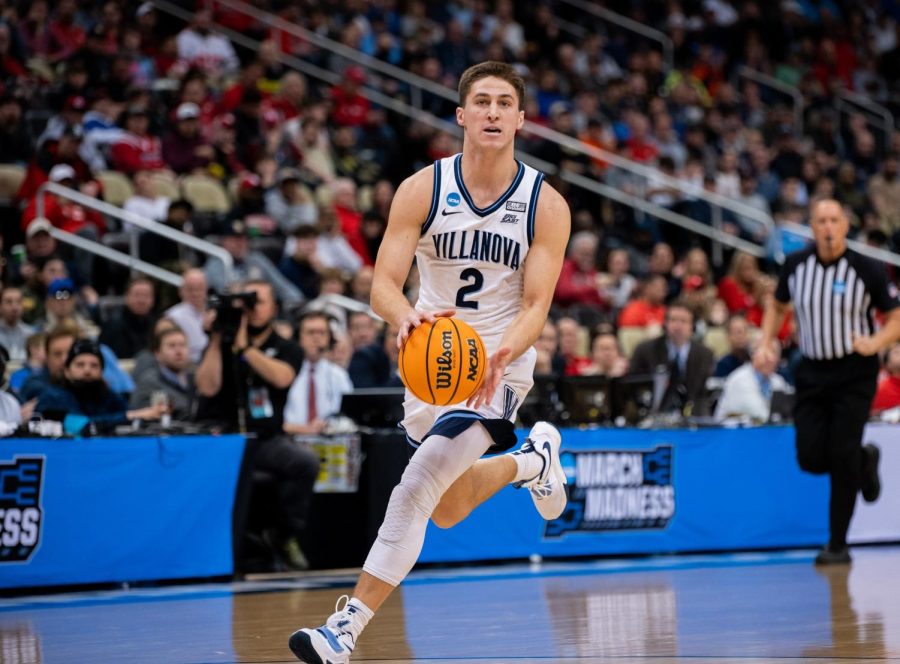 Collin Gillespie was named Big East Player of the Year twice and won the Bob Cousy Award in 2022.

On Saturday morning, the Denver Nuggets announced that former Villanova guard Collin Gillespie successfully underwent surgery to treat a lower leg fracture. The Nuggets stated in the release that Gillespie will be out indefinitely and that updates will be provided as they surface.

According to the Philadelphia Inquirer, the injury occurred while Gillespie was back on campus helping with Wildcats team practice. The Inquirer obtained statements from Gillespie’s father, Jim, via text on Saturday.

“He was dribbling up court on [a] fast break and someone in a trail position dove to take the ball away but got his leg,” Jim Gillespie said. “Surgery was [Friday] and all the doctors feel he will [make] a full recovery. Hopefully back on the floor in 5-6 months.”

Gillespie, who signed a two-way deal with the Nuggets after going undrafted in the 2022 NBA Draft, averaged 11.3 points per game and 4.3 assists per game with the Nuggets’ Las Vegas Summer League team. Many projected that the guard would get an opportunity with the Nuggets’ main roster when the season started, but now Gillespie will be out for a large portion of the NBA season.

Gillespie has experience with leg injuries, as he tore his MCL against Creighton near the end of the 2021 season. He did not return until the start of the 2022 campaign, in which he made a full recovery, leading the Wildcats to a Final Four appearance. For his success, Gillespie received the 2022 Bob Cousy Award, given to the nation’s top point guard. In five seasons at Villanova, Gillespie was named Big East Player of the Year twice and won a national championship in 2018.

The Nuggets’ indefinite label on the injury means that there is no official timetable for return, but Jim Gillespie’s estimate of five to six months gives Nuggets and Wildcats fans a general timetable as to when they’ll see Gillespie on the court again. By that estimate, Gillespie would likely return sometime in January of 2023, but “back on the floor” gives no indication as to what level of basketball activity Gillespie will be cleared for. Ultimately, only time will tell when the former Villanova star will be available to play again.