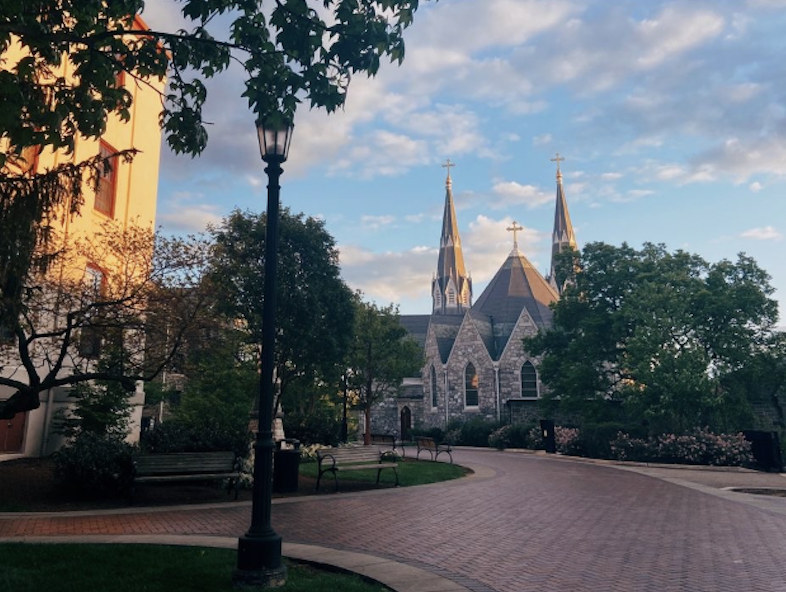 The University cited inflationary pressures as being behind the 4.25 percent increase in tuition.

On March 7, 2022, an email was sent to the community members of the University from the  University President Rev. Peter M. Donohue, O.S.A., Ph.D. informing members of a tuition increase.

The email also contained a plethora of information about recent news on projects and updates about the community. The email spoke about the  large donations made for the renovation of the Falvey Memorial Library and the recent success of the athletic department.

In between some of these successes, there was a paragraph speaking about the new budget for the 2023 academic school year. The University stated that given the “significant inflation present in the U.S. economy,” there will be a 4.25 percent increase in the tuition for the upcoming academic year.

Given these numbers, for more specific numbers on the total cost for the 2022-23 academic year, the University’s website is updated with the correct numbers and the recent increase under the tuition and fees link. Tuition will now be $60,768 for a full year.

Neil Horgan, the Vice President for Finance and Chief Financial Officer, spoke about the situation.

“Our tuition increase we announced for next year was slightly higher than what we averaged in previous years, [the previous average being 3.7%],” Horgan said. “Although the tuition increase was a little bit higher this year, we always do everything we can to minimize the increases in tuition.”

Horgan explained that the University needed to make this adjustment “largely due to the general inflation that everyone is experiencing.” Horgan also stated that items the University purchases have also increased, affecting the ability of the University to keep the tuition the same price.

Horgan also brought up the issue involving the faculty and staff shortage. Due to the pandemic, it has become harder to not only find new employees, but also to keep current employees since costs are rising nationwide. There are often better offers for faculty and staff elsewhere.

“We had to build additional funds in the budget next year for the employees; it is costing more to higher people,” Horgan said.  “[The University] made provisions for faculty wages for next year and to hire additional staff [specifically for] the advancement office.”

Horgan also made it clear that “Villanova’s budget is 80% of student payments,” so it is only natural for the increase in tuition to help accommodate the fact that costs among the entire University are rising.

Horgan concluded by bringing up the increase in financial assistance by 6.7%, also outlined in the email. He stated that the University is trying to do everything it can to assist students and keep the tuition as affordable as it possibly can in these unfortunate times.

The students on campus have mixed feelings about the recent news on the tuition, but there is an overwhelming population of students who are not fully supportive of the decision to increase tuition for the coming year.

A few students spoke up about their concerns on the matter.

“I think that the tuition increase is making college less accessible for students who are already struggling to pay their current tuition bills,” a freshman student said. “The only people who I hear talking about the tuition increase are students who are already receiving financial aid and are worrying that they won’t be able to receive enough money to be able to pay their tuition.”

These students also point out the possible divide among students who are experiencing this issue and who are affected by the University’s decision versus those who have not been affected.

“There are also so many students on this campus who aren’t talking about it as they don’t have to worry,” the freshman said. “There is an excessive amount of privilege on this campus, and those who aren’t worrying about the tuition increase are those who carry all of that privilege. I think this is only furthering the problem of unaffordable tuition prices which doesn’t give all students an equal opportunity of receiving higher education.”

Another passionate student is disheartened by the recent news and points out that the University already has a reputation as “one of the most expensive private universities in the country.” She believes many prospective students might avoid applying due to prohibitive costs.

Others believe the increase was inevitable.

“As much as nobody likes to ever pay more, this was a needed fiscal maneuver to counteract the effects of inflation on the University’s economy,” a sophomore business school student said. “I do hope, however, that the growing budget will be fully used to the best of Villanova’s ability.”

This issue seems to have piqued the interest of many students on campus, and most are worried about what the future years hold in terms of cost of attendance.