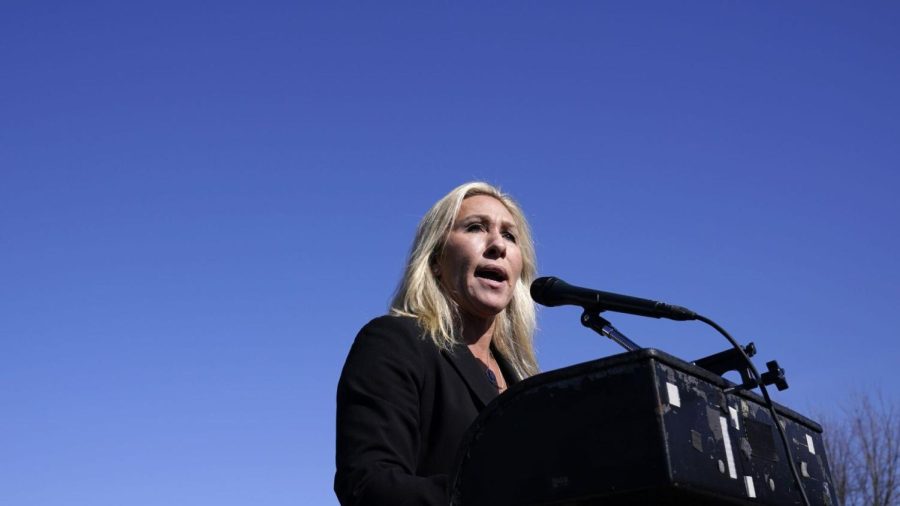 The House of Representatives voted on Feb. 4 in a 230-199 decision to strip Georgia Republican Rep. Marjorie Taylor Greene of her congressional committee positions. This is in response to past posts and comments amplifying conspiracy theories and promoting violence against Democratic lawmakers.

In a political era where the terms “unprecedented” and “shocking” seem almost normal, the controversy surrounding Greene, a newly-elected representative, involves even more unique legislative discourse and action. The situation’s implications have grown to involve larger issues of partisanship and precedent in Congress.

The removal of a House member from committees following unethical behavior is not, in itself, without precedent. Committee-expulsion as a form of party punishment has been seen on both sides of the aisle. For example, Democrat William Jefferson was removed from Ways and Means Committee in 2006 in response to corruption allegations, and Republican Steve King was stripped of his assignments in 2019 for comments sympathizing with white supremacists

What makes Rep. Greene’s situation unique is not the act itself, but instead the process of her removal. Traditionally, disciplinary action is dictated by the party leadership of the member in question, headed by the House Majority or Minority Leader, and handled without a chamber-wide vote.

In response to McCarthy’s inaction, Democratic representatives pushed forward the House resolution to strip Greene’s committee assignments, bringing the issue to debate in a meeting of the Rules Committee.

During the meeting, ranking Republican committee member Rep. Tom Cole echoed McCarthy’s sentiments, disavowing Rep. Greene’s hateful rhetoric but cautioning the committee against breaking tradition in how committee positions should be given and taken away. Cole suggested instead that the situation should be subject to a review by the House Ethics Committee.

“The Ethics Committee should review the matter in question, determine if a new standard relating to actions taken by a member of Congress before they are elected should be covered by the code of conduct and make the appropriate recommendations,” Rep. Cole said, adding concerns about an opposing party dictating punitive action in the minority party.

In response to Republican pushback toward setting a new precedent, Rules Committee Chairman Rep. Jim McGovern, a Democrat, said, “If the precedent is going to be that if someone advocates putting a bullet in the head of a member of Congress, I’m fine with that.”

Many members, including Rep. Cole, have noted that Greene’s incendiary comments came from before her election, arguing that extending behavioral standards into representatives’ pasts may lead to an endless cycle of retribution, especially in today’s age of internet archival and social media records. Meanwhile, others point to Greene’s refusal to apologize or denounce her past statements as reason enough for disciplinary action.

Democrats refuted accusations that the move to take this issue to the House floor was a purely partisan one, arguing that it was a question of institutional decency that should be supported on both sides of the aisle.

“It’s all posturing,” Pryor said. “This is part of the climate of the moment.”

Minority Leader McCarthy exemplified such “posturing” in a comment following a Jan. 30 meeting with former President Donald Trump, in which McCarthy said, “A united conservative movement will strengthen the bonds of our citizens and uphold the freedoms our country was founded on.”

Some argue that the controversy surrounding Rep. Greene presents congressional Republicans with an opportunity to either align themselves with or against former President Trump, who has expressed unequivocal support for the Georgia congresswoman.

In the House floor vote that took place, 11 Republicans broke party ranks and voted to remove Greene from her committee assignments. Several Senate Republicans, including Mitt Romney and Minority Leader Mitch McConnell, also weighed in on the issue to condemn Rep. Greene’s rhetoric. It is historically uncommon for members of one chamber to comment on the proceedings in the other, especially in disciplinary cases like this one, introducing yet another unique aspect to these proceedings.