Why Americans Should Care About Russia and Ukraine 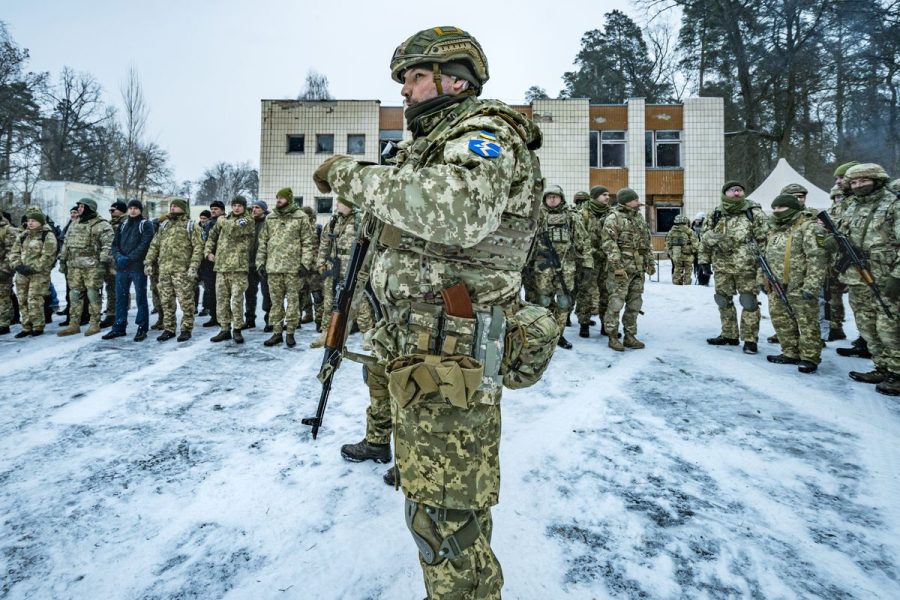 As the Russia-Ukraine crisis continues, tensions are mounting between Russia and the US/NATO allies.

The Ukrainian military is gearing up in response with arms supplied by the U.S., which along with Britain, has ordered most of its embassy staff to return home. So, is war inevitable? Why should Americans care?

According to former Vox journalist Johnny Harris, Putin, formerly a Soviet KGB agent, believes that the USSR’s demise is “the greatest geopolitical catastrophe of the century,” where “tens of millions of our fellow citizens and countrymen found themselves beyond the fringes of Russian territory.”

With the ideologically modern Russian state being founded in Kiev, the capital of modern-day Ukraine, the two nations have close cultural heritage, and Putin believes the ties between the two should remain that way.

However, many former Soviet republics and satellites have gone on to form close relationships with the West, even becoming members of NATO and the EU, such as Poland, Hungary and the Baltic States. Ukraine has recently begun to follow in their footsteps.

A 2014 popular revolution in Ukraine brought a democratic government to the country, which has been seeking closer ties to the West, including possibly joining NATO and/or the EU, much to Russia’s dismay.

A formally western-aligned Ukraine would broaden Russia’s land border with the West, making Belarus the only buffer. Russia, then, would have to strengthen its military presence at this border, creating greater financial strain for governmental pockets.

Harris elaborated that Putin issued three absurd demands to NATO at a 2021 Geneva summit: stop expanding NATO, remove NATO troops from Eastern Europe and that America’s Eastern European allies be protected under their nuclear umbrella. If these criteria were not met, it was implied that Russia would invade Ukraine.

It is clear that Ukraine’s flirtation with the West is an affront to Russia, and Europe has much to gain or lose from a potential conflict. But why should Americans care?

Americans should care because this crisis threatens to return Russo-Western tensions to Cold War levels. The closest possible contemporary example to an invasion of Ukraine would be the 2003 American invasion of Iraq, but the Russo-Ukrainian conflict would not be as one-sided.

Although Ukraine’s standing army is half the size of Russia’s, it is well equipped and would put up a good fight.

Occupation of Ukraine would come at a great cost. Based on survey results, the Kiev National Institute for Sociology estimated that a third of Ukrainian citizens would take up arms as insurgents. This means that the size of the force needed to keep hold of the country would be substantially taxing from a logistics and resource standpoint.

An invasion would likely incur a strong response from NATO.

If NATO did nothing, it would provide Russia the go-ahead to continue its aggressive expansion. The alliance has been largely aimless since the fall of its adversary: the USSR and the Warsaw Pact. The invasion of a new, western democracy on its doorstep would revive its sense of purpose, which would be a checkmate for Russia. The seeds of a response have seemingly been planted, as the US has ordered 8,500 troops to stand-by status, according to Al Jazeera.

What should be concerning to Americans is how fast this conflict could escalate. It is likely that a NATO response would first entail sanctioning Russia out of the world economy. If that doesn’t work, next would be training Ukrainian rebels and army remains (like in Afghanistan). Further, it would involve direct military intervention if it is needed (like during the breakup of Yugoslavia).

At that point, the two nuclear-armed superpowers of Russia and the U.S. would be in direct conflict, which could lead to the near-extinction of humanity at worst and a global conflict at best. In such a case, the likely Russian-allied China would reduce or completely cut off exports to the West, leading to the potential collapse of our consumer economies.

While Putin is aggressive, he is not stupid. He likely sees the utter destruction an invasion will cause and is instead playing the gambit to strengthen the Russian image and terrify Ukraine and other bordering, former Communist countries from confiding in the West.

Although a complete takeover of Ukraine is unlikely, we should be concerned about the growing intensity of Putin’s threats. We know he is not against direct military action based on the 2014 invasion of Crimea, a southern province of Ukraine, to protect Russian separatists there and take its warm water port of Sevastopol.

Western inaction in response to Putin’s behavior has made him act bolder, to the point where he believes in a feasible chance that he could fully invade Ukraine with little NATO response.

I would not be surprised if he absorbed the separatist regions in eastern Ukraine with no military response from NATO, which wishes to avoid a large-scale war at all costs. This appeasement of Russia is a dangerous path. Putin will not stop until Russia dominates NATO and Eastern Europe.

It may not seem like a problem now, but it begets later ones. Remember when British Prime Minister Neville Chamberlain thought that if he let Hitler have Czechoslovakia, he’d stop there? Well, how did that turn out?