Villanova Defeats Providence at The Finn 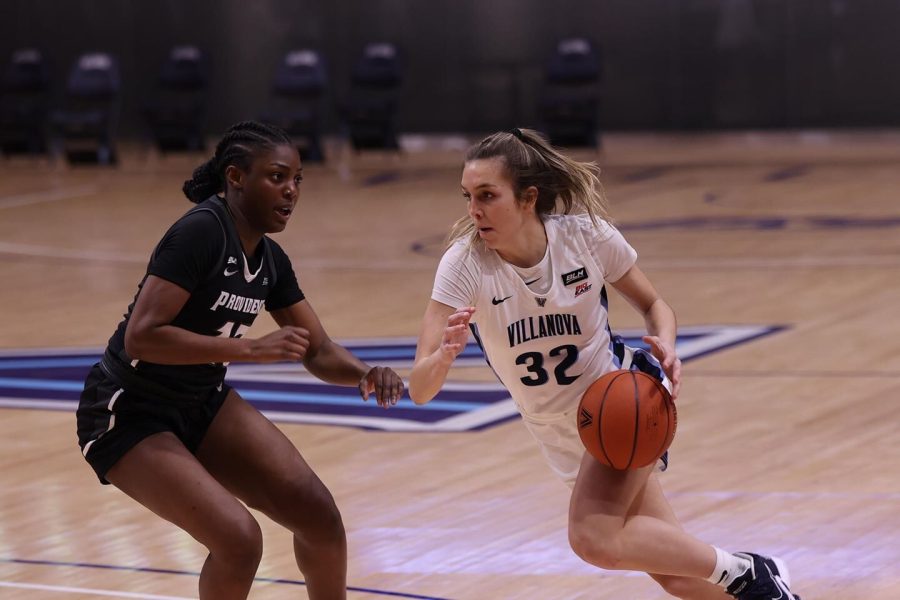 Senior forward Sarah Mortensen, from Copenhagen, Denmark, led the way for the Wildcats with a team-high 18 points on 8/13 shooting, including nailing both of her attempts from deep. Mortensen also contributed 8 boards and 3 assists in the victory.

The first quarter showcased a back and forth contest, ending in a tie at 13 points a piece. Providence forward Alyssa Geary jumped off to a hot start for the Friars, scoring 7 of their 13 first quarter points. Geary would end with a game high 22 points.

Villanova soon took command, as Mortensen paved the way with 9 second quarter points, helping the Wildcats dominate with a 16-4 run in the middle stages of the quarter. The Wildcats held a 33-21 lead at the end of the first half.

Freshman forward Lior Garzon, from Raanana, Israel, continued her hot shooting streak for the Wildcats, netting 15 points on 60% efficiency from deep. Over the last two games, Garzon is 13/25 from the field and 8/14 from three point range.

After the dominant second quarter from the Wildcats, Villanova easily controlled the Friars for the remainder of the contest, ending in a 67-53 victory and solidifying the Wildcats as fifth in the Big East Standings behind UConn, Marquette, Seton Hall and Depaul.

Villanova will look to extend their win streak to three games when they travel to D.J. Sokol Arena in Omaha, Nebraska to face off against the Creighton Bluejays on Saturday, Feb. 6th at 2:00 p.m.