The Path to National Unity: Leave Each Other Alone 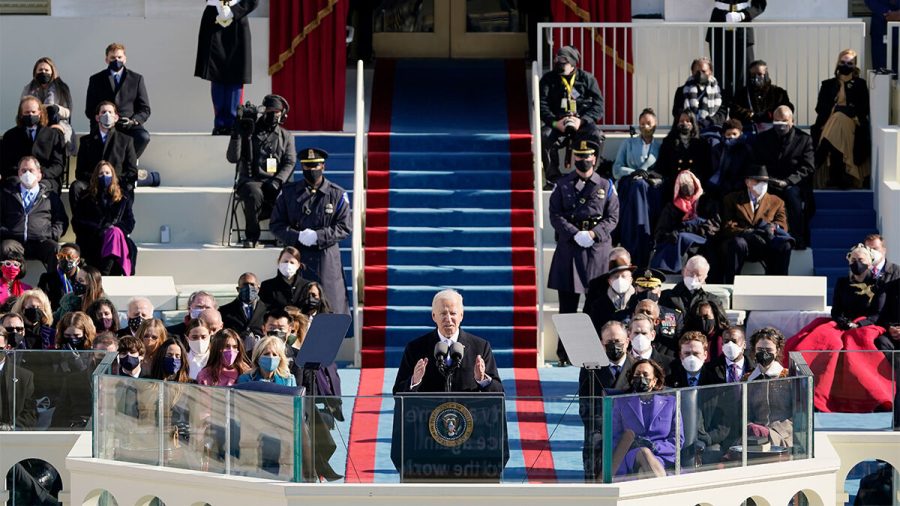 Joe Biden’s central theme of his Inaugural Address was unity.

When President Joe Biden delivered his Inaugural Address, one theme rose to the forefront: unity. In the wake of a polarizing election cycle, and just two weeks after the violent riots at the Capitol Building, it was only natural for the new President to stress unity above all else as the tone-setter for his administration. Standing in front of politicians from both parties, the 46th President claimed that overcoming the challenges America faced would require “the most elusive of things in a democracy: Unity. Unity.” Biden was right, unity is perhaps the most elusive thing in a democracy, especially one as populous and fractious as the United States of America.

There are a few different paths to unity. People can unite around common interests or shared traditions and culture practices. Unity may even be achieved through fear and intimidation, as the history of authoritarian regimes undoubtedly shows. Another form of unity, and the one most apt to flourish in the United States, is one of pluralism grounded in a fealty to common values. In other words, with a few baseline values in common, Americans must be willing and able to leave each other alone.

There may be no greater argument for a unity rooted in pluralism than the sheer unpopularity of our national leaders. The American people are simply too divided to hold our leaders in high esteem, and our leaders very rarely succeed in making themselves more likeable. According to Gallup, only two Presidents since 1945 (Dwight Eisenhower and George H.W. Bush) have averaged at or above a 60% approval rating during their tenures in office, and only three more (Lyndon Johnson, Ronald Reagan, and Bill Clinton) averaged an approval rating at or above 50%. Over the last 75 years, only five out of 13 Presidents (not counting President Biden) have won the favor of more than half of Americans.

What can we make of such low approval ratings for our national leaders? It seems that there is only one answer – putting our faith and hope for national unity in the hands of our national leaders is a fool’s errand. We hear every election cycle that, “this is the most important election of your lifetime,” or my personal favorite, “I know we always say this is the most important election of our lifetimes, but this one really is.” How can we ever achieve unity when one half of the country believes that every visit to the ballot box is an opportunity to cram their political perspectives onto the other half of the country? Or worse, that their very political existence depends upon it? Winning an election may empower one faction to enact its will over the other, but it certainly does not result in unity.

This leaves us with only one path forward. Read the Declaration of Independence and Constitution and pledge fealty to their principles alone on the national stage. If Americans of all factions cling to the notion that all are created equal with individual rights, if we cling to the notion of checks and balances, and of a government designed to protect those rights, then we can – and we must – allow California to be California. We can allow Texas to be Texas, New York to be New York and Alabama to be Alabama.

If President Biden was serious about his desires for unity, then he must prioritize an America where we agree to buy into foundational principles and then leave on another alone. If we succeed, then unity will not be as far off as it may seem.