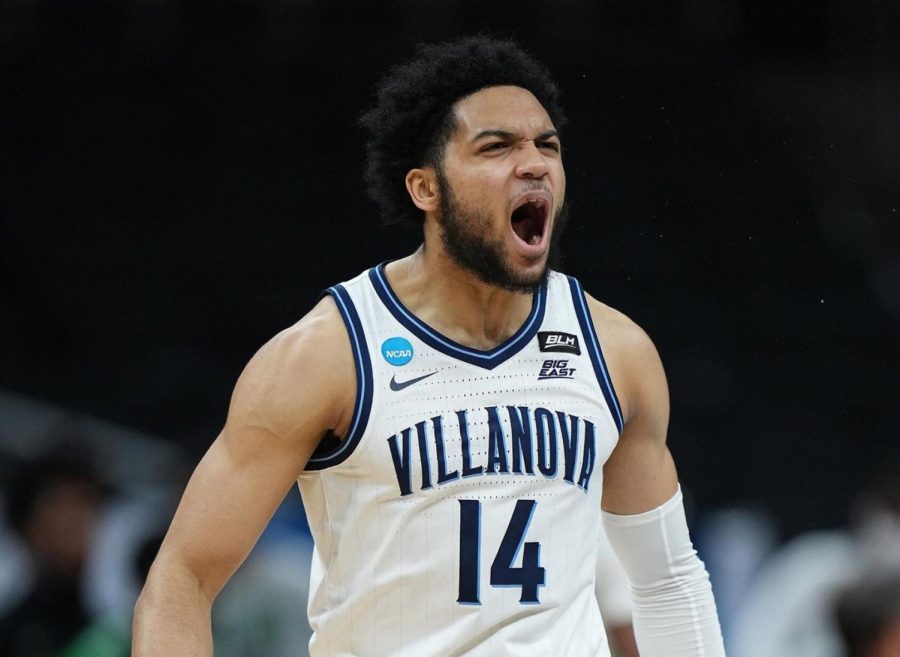 Villanova will face Baylor in the Sweet 16.

The first weekend of the NCAA Tournament is considered by many to be the greatest weekend of the sports year, a spectacle filled with heartbreak, jubilation and chaos, and this year’s tournament has lived up to high expectations. The Big Dance has produced incredible storylines, as Loyola Chicago’s Sister Jean has reappeared to lead her school on another magical run to the Sweet 16., Oral Roberts has beaten all expectations to upset two seed Ohio State and seven seed Florida, and top seed Gonzaga has steamrolled two opponents, continuing its quest to be the first team to complete a perfect season since 1976.

And, to top it all off, Villanova has looked every part the typical Wildcats team despite playing without star point guard Collin Gillespie, handling a previously 23-1 Winthrop squad before a complete team performance overwhelmed North Texas in the Round of 32.

So where to start on recapping a magical weekend?

Villanova entered the tournament as a five seed, facing off against twelve seed Winthrop. The Eagles were a trendy upset pick, as the Big South Champions had a sparkling record, cruising throughout their conference tournament, while the Wildcats were reeling with three losses in their past four games, the final two without Gillespie. Yet despite the scoreline being close for much of the second half, Villanova was firmly in the driver’s seat during the matchup, grabbing a lead just before halftime and never relinquishing it en route to a 73-63 victory.

Jeremiah Robinson-Earl was the star on offense, putting up a double double with 22 points and 11 rebounds. Bryan Antoine hit two threes within 53 seconds coming out of halftime to seize control of the game for the Wildcats, finishing with eight points off the bench. Stellar Villanova defense held senior Chandler Vaudrin, Winthrop’s best player, to just nine points on two for ten shooting.

The second game was less of a contest, as the Wildcats routed thirteen 13 seed North Texas, whoich upset Purdue in the first round. The game was close early, but the Wildcats rode a 34-6 run into halftime to take a twenty point lead, cruising the rest of the way to a 84-61 win.

Although Robinson-Earl was the leading scorer again with 18 points, the story of the game was the complete Villanova offensive performance, as the Wildcats shot 55% from the field and 50% from three. The Wildcats tied an NCAA Tournament record, as eight different players hit a three during the game, finishing with 15 threes on the night. Chris Arcidiacono had his first two field goals of the season with two triples, the second sparking the run that won the game for the Wildcats. A matchup with top-seeded Baylor looms in the Sweet 16, but if the Wildcats can summon another offensive performance like Sunday night’s, an upset can be on the cards.

Baylor has similarly cruised to its place in the Sweet 16, comfortably beating sixteen 16 seed Hartford and ninth seeded Wisconsin. Both games were over early for the Bears, up 16 points at halftime against Hartford and 13 against the Badgers, as Baylor lived up to its reputation with strong, aggressive defense. Macio Teague was the leader on offense, scoring 22 against Hartford and adding 16 against Wisconsin to lead them into their matchup with Villanova.

The other side of the South region is headlined by this tournament’s Cinderella, as fifteen seed Oral Roberts stunned two seed Ohio State and upset ten seed Florida to reach the Sweet 16 for the first time since 1974. Oral Roberts was a 16-point underdog going into its matchup with the Buckeyes, yet busted brackets with a 75-72 victory behind 29 points from the nation’s leading scorer Max Abmas. The Golden Eagles, who finished just fourth in the Summit League regular season, now face three seed Arkansas, who beat Colgate comfortably before surviving a late scare against Texas Tech.

The Midwest region has been the most chaotic of all the regions, as top seeded Illinois became the only one seed to not reach this tournament’s Sweet 16 after an upset loss to an in-state mid major, Sister Jean’s Loyola Chicago. The Ramblers were the better team throughout their 71-58 victory, leading in every meaningful metric besides free throw percentage and never trailing. Loyola Chicago held Illinois’s Wooden Award finalist Ayo Dosunmu to just nine points, forcing 17 turnovers from the Fighting Illini.

The Ramblers will face another upset specialist with a spot in the Regional Championship on the line, as twelve seed Oregon State knocked off five seed Tennessee and four seed Oklahoma State to reach this stage. The Beavers have won five in a row, winning the Pac-12 Conference Tournament, and eight of nine, knocking off the Cowboys behind 26 points from Ethan Thompson and 15 points from Oklahoma State transfer Maurice Calloo.

Syracuse has gone on a similar run on the other side of the bracket, but its success has been a family affair. Buddy Boeheim, son of head coach Jim Boeheim, scored 30 points to lead the Orange over San Diego State, and 25 over three seed West Virginia, hitting over 56% of his three point attempts in the past two games. Syracuse faces the lowest seed remaining in the South Region next round, as second seeded Houston overcame a late deficit to survive an upset bid from Rutgers.

The East region was headlined by one major upset, as fourteen seed Abilene Christian stunned three seed Texas. Two free throws from Joe Pleasant with two seconds left made the Wildcats 53-52 victors, as Abilene Christian forced 23 Longhorn turnovers. However, the spirited effort could not be repeated in the second round, as eleven seed UCLA won 67-47 to reach the Sweet 16.

The rest of the region had no major upsets, as top seed Michigan pulled away late to defeat LSU, four seed Florida State similarly stretched a four-point halftime lead up to as many as 19 to defeat Colorado and two seed Alabama crushed Maryland. Michigan will face Florida State in the next round, while UCLA will look to continue their its run against the rolling Crimson Tide.

Finally, the West has failed to be wild, as the top seed won every first round game except for thirteen seed Ohio’s victory over four seed Virginia. The Bobcats capitalized as Virginia struggled to get a rhythm coming out of quarantine, as eight straight second half points from Ben Vander Plas took the lead for good. However, fifth seed Creighton had no similar issues with the Bobcats, running away with five minutes remaining in the first half and keeping Ohio at arms length the rest of the way.

For their 72-58 victory, the Bluejays were rewarded with the toughest task in the tourney: a date with top overall seed Gonzaga. Gonzaga cruised in the first round against Norfolk State with a brutal 43 point victory, encountering no issues in the second round after a late first half run extended the Bulldog lead to 12 points. Gonzaga stands at 28-0 after its last victory, and it’s likely that the only team who can stop the Bulldogs is themselves.

The opposite side of the West featured two top Pac-12 teams knocking out strong Midwestern opposition, as both USC and Oregon shot the lights out en route to upsets over Kansas and Iowa, respectively. Oregon shot nearly 56% from the field and 44% from three to knock off Luka Garza and the Hawkeyes, 95-80, while USC shot an even better 57% and 61% to blow out the Jayhawks. The Trojans beat Kansas 85-51, handing the Jayhawks their biggest ever loss in tournament history, as Kansas failed to cope with USC’s zone defense and the powerful tandem of the Mobley brothers. Both West Coast sides join UCLA and Oregon State in the Sweet 16, and the matchup between Oregon and USC ensures that at least one Pac-12 side will reach the Elite 8.

This year’s March Madness has already lived up to the billing, and we’ve still got fifteen games to go until a champion is crowned. It’s the best month of the year, so put your rally caps on, cross your fingers or do whatever you have to do to keep your team winning. Buckle up everyone, the wild ride is just beginning.