Villanova Handles Winthrop 73-63, Advances to Round of 32 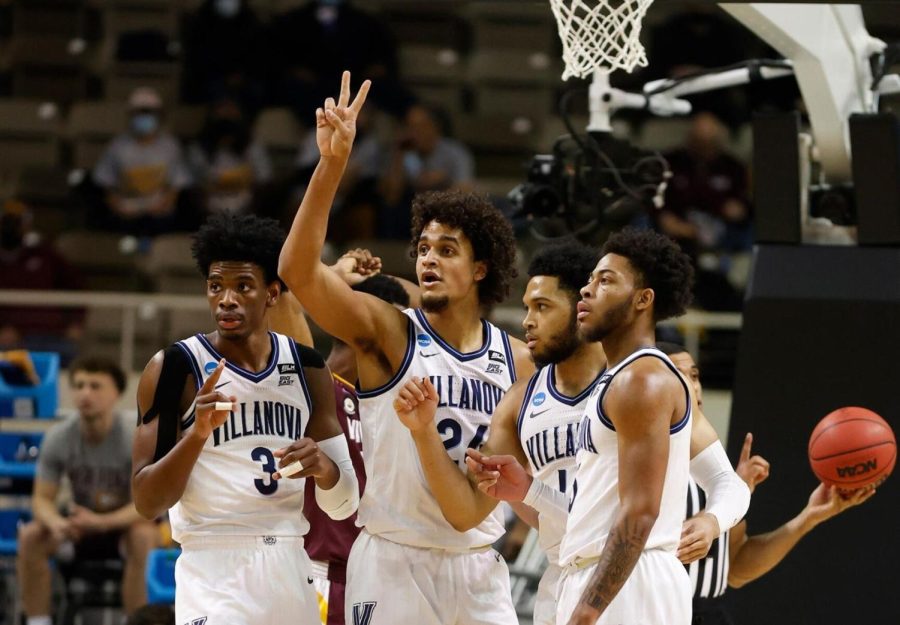 Villanova Handles Winthrop 73-63, Advances to Round of 32

The 5th seeded Villanova Wildcats defeated the 12th seeded Winthrop Eagles 73-63 in the first round of the NCAA tournament on Friday night, led by sophomore big man Jeremiah Robinson-Earl.

In the first two games following star PG and leader Collin Gillespie’s injury, Villanova looked like a very unsettled team on offense, struggling to find open shots, make shots and to generally carry out their offensive system. In those two games, the Wildcats suffered two heartbreaking losses: in the regular season finale to Providence (54-52), and in the quarterfinals of the Big East tournament to Georgetown (72-71).

From the beginning of their game against Winthrop, the offense looked much more settled. In the first 7:49 of the game, the team opened up on an 18-9 run, led by Justin Moore, Robinson-Earl, and Jermaine Samuels, who put up 4 points each. Winthrop slowly closed the gap to eventually take a 22-21 lead with 6:02 remaining in the first half. ‘Nova did not panic, however, and the game went back and forth until halftime, when the Wildcats took a 34-33 lead following a Cole Swider three-point field goal with 10 seconds remaining.

The more efficient offense was not the only story of the game; Villanova stepped up their defensive effort as well, holding Winthrop to 36.2% shooting from the field. In the beginning of the second half, guard Bryan Antoine came out firing, hitting two three-pointers in a span of 53 seconds, giving the team a 43-34 lead with 16:37 remaining.

Winthrop continued to remain pesky, hanging in the game and remaining down only 3 points, 48-45, with 11:18 remaining. Villanova never relinquished control of the game, however; they did not trail for a single moment of the second half. When time fell under 10 minutes, the ‘Cats pulled away. Led by 9 points from Robinson-Earl and 7 points from Samuels over the final minutes of the game, the team won in what felt like a relatively easy and stress free fashion.

Robinson-Earl was the clear leader and centerpiece on the floor. While he went 0-4 from three-point range, from inside the three-point line, he shot 7-11, putting up 22 points, 12 rebounds, and five assists. Justin Moore had 15 points, three rebounds, and two assists, and Jermaine Samuels had 11 points, seven rebounds, and three assists. Caleb Daniels and Bryan Antoine were also significant contributors with 10 and 8 points, respectively. Additionally, Chris Arcidiacono’s contributions as a steady presence at PG in only his second career start cannot be dismissed.

Although Coach Jay Wright was not available for his usual post-game press conference for comment due to technical difficulties at the venue, it can be safe to assume that he was pleased with his team’s performance in its opening round game. Next up for Villanova awaits a feisty 13-seed North Texas team that upset 4-seed Purdue in the opening round. The Round of 32 game will be on Sunday, with the winner of that game advancing to the Sweet 16 to take on the winner of the matchup between 1-seed Baylor and 9-seed Wisconsin.