Biden Pledges Vaccines to all US Adults by May 31 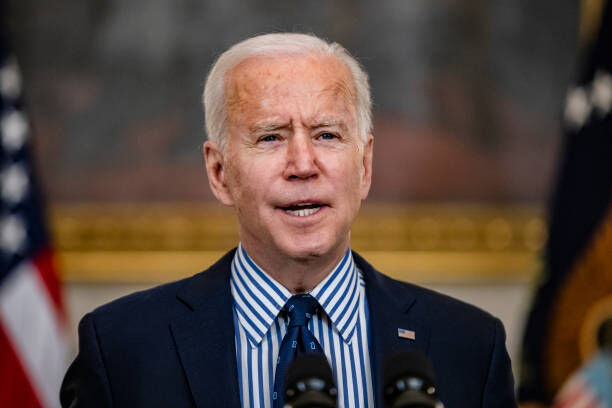 On Tuesday, March 2, President Joe Biden announced that by May 31, there would be enough COVID-19 vaccines to cover every adult in the United States.

On Tuesday, March 2, President Joe Biden announced that by May 31, there would be enough COVID-19 vaccines to cover every adult in the United States. This is an accelerated timeline from his original hopes of this happening by July. This plan will be possibly in large part due to Johnson & Johnson getting approved for emergency use of its vaccine. The Johnson & Johnson vaccine is a single dose shot, which will help with administration difficulties.

Both of the approved vaccines in the United States, Pfizer and Moderna, require a second shot weeks after the first is administered. According to CBS News, 12% of those currently vaccinated have not gotten their second Moderna shot in the required 28-day window. The Johnson & Johnson vaccine will help get more people fully vaccinated with only one shot. The company will be partnering with rival pharmaceutical company Merck for production of the vaccine.

President Biden’s announcement does not mean that all adults will be vaccinated by then, but rather there will be enough vaccines produced to give a shot to every American adult. It will take longer than the May 31 timeline to actually get Americans vaccinated because administration is a longer process. This means that by the end of the summer or later, all American adults will be able to receive the vaccine. Teachers will continue to be one of the most prioritized groups, with goals of getting every teacher vaccinated by the end of March. For many teachers, being vaccinated is one of the most important factors in deciding to go back to school. Many teachers feel very unsafe otherwise, so for them to be vaccinated quickly will increase the chances that schools will remain open for in-person learning.

This announcement comes in the midst of multiple states, including Texas, lifting their mask mandates. Texas Governor Greg Abbott announced that as of March 10, the statewide mask mandate will be lifted, and businesses can fully reopen. Starting this week, Texas is also supposed to receive the first million doses of the vaccine to the state. This adds a sense of urgency to vaccinate as many people as quickly as possible with the state reopening. Having more people vaccinated would curb the hospitalization rates that states like Texas could face as they move to fully reopen without masks.

There is still a long way to go with the amount of adults in the United States vaccinated. According to the Washington Post, at least 54 million people have been vaccinated at this point. This is out of 267 million people eligible for the vaccine right now. President Biden promised that he would have 100 million people vaccinated in the first 100 days, which is at the end of April. He is expected to pass that goal, but the majority of the population is still waiting its turn. President Biden’s recent announcement is a good sign that production should be increased in the coming weeks and that a fully vaccinated American adult population is not too out of reach.