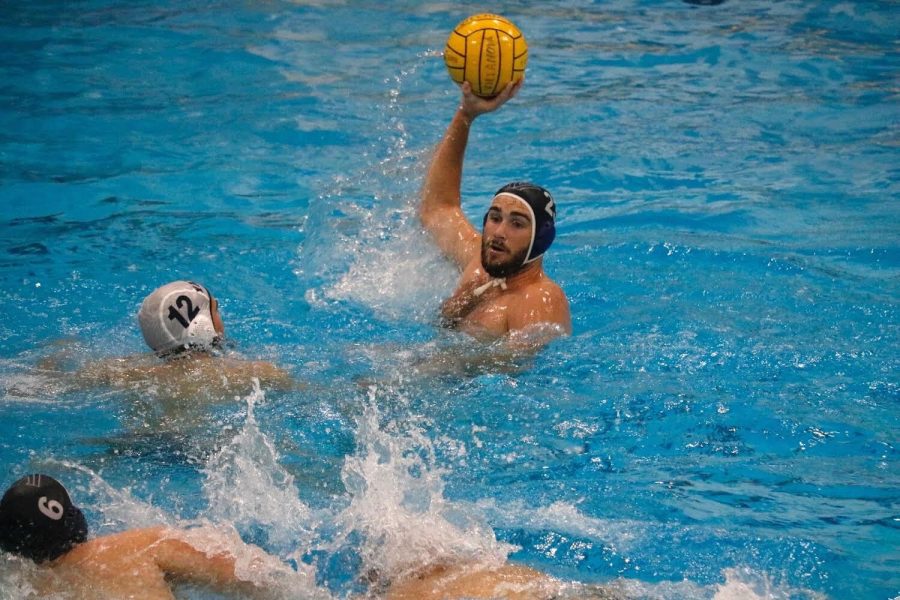 Thomas Dougherty is the senior captain of the Men’s Club Water Polo Team.

Thomas Dougherty, senior captain of the Men’s Club Water Polo team, will be announced as the December Club Sports Player of the Month.

Dougherty has been a member of the team since his freshman year of college.

College was not the first time the senior captain got in the pool though. He has been playing the aquatic sport since sixth grade. He was inspired by his older brothers who also played. Prior to trying water polo, Dougherty was a swimmer which helped him adjust to the new sport.

Dougherty plays the position of hole set. It is an offensive position, which Dougherty likened to the center position in basketball. Essentially, the main goal of the hole set is to take shots and score goals.

“My main goal was to be an essential part of the offense, and I wanted to support my team by scoring as many goals as I could,” the captain said. “I couldn’t have been as successful without the help of my teammates.”

Dougherty not only worked to improve his stats in the pool but also be a leader for the team.

“I worked hard to try and help my younger teammates get more involved in the offense and help to make sure they are ready to step up in the coming years,” Dougherty said. “I knew I had to step up when we lost 5 of our 7 starters this year.”

His teammates seem to admire the captain’s attitude and leadership. Junior DJ Comerford spoke highly of his longtime teammate.

“Tommy is a great player. I’ve been playing with him since high school and to see him progress into what he is now is impressive,” Comerford said. “As a captain, he led by example, scoring half our goals while not being subbed out once.”

When asked about his experience as a whole, Dougherty explained that the first year of playing was his personal favorite.

“Freshman year was a lot of fun because we had a young team,” Dougherty said. “There were a lot of freshman and sophomore players, so we got to all learn from one another and go through the experience as a team.”

His freshman year the team also made their way to Nationals.

Dougherty also mentioned that his senior year was also excited because the team got to play new teams. Their division allowed them to compete against teams such as Virginia and Navy.

He will not return for the spring semester since he will be graduating from the Villanova School of Business at the conclusion of the Fall 2021 semester. He does plan to join his brothers on the Masters team, which is made up of alumni from schools in the division.

Dougherty wants to thank his teammates and coaches for the support during his time on the team and is honored to be awarded the player of the month.

“I am very grateful to be recognized and honored as a club athlete,” Dougherty said. “I wouldn’t have been able to accomplish what myself and my team did this season without the help from all of my teammates and our coach. They are the reason that we won so many games and that I was able to play so well. I know that the team is in good hands for the coming years.”