Glasses for the Male Gaze: A Piece on Sexual Assault 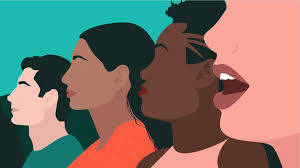 98.1% of female rape victims reporter their attacker as male.

As a woman, one has to think of the world as an obstacle course. We train our whole lives to survive it, studying how to hold our pepper spray, check the backs of our cars for break ins and live in a world that does not like it when we go to bed breathing and not fighting against duct tape around our wrists or kicking out a taillight.

In light of the recent sexual assault cases on campus, and the shortcomings of the University’s handling and communication of these horrific acts, it is hard to find a reason not to double check every lock. Especially with the new developments just this week on the Sarah Everard case, which is the story of a girl who did everything right and still ended up a victim of murder, it begs the question: if we do everything right but still risk being a victim, what on earth can we do to stop it from happening to us? She wore bright clothes, called a friend, only walked on brightly lit roads, yet she was murdered by no less than a police officer, a supposed protector and enforcer of the law.

If we do everything right, and still these horrific acts happen, and our institutions of education and law fall short in protecting and supporting us, what else can we do? In all the chaos of this discussion, there is one group to whom demands must be made to enact change. Men, the group from which the majority of sexual violence perpetrators come from, may be able to put out the fire within their own home. The National Intimate Partner and Sexual Violence survey conducted by the CDC and published in 2010 found that 98.1% of female rape victims reported their attackers as male. As for female victims of sexual violence, 92.5% of them identified their attacker as male. While some men may insist “not all men,” there are an awful lot of them damaging the reputation of the male population. Even for the male population, men that have suffered the same horrible acts of sexual violence and rape identified a majority of their attackers as male.

So, what can men do in order to help? Call out friends that exhibit harmful behaviors. These behaviors can range from catcalling, groping, taking pictures of people without their permission, actively trapping people in conversations that they clearly do not want to be a part of, following people to their dorms, trying to harass people in their dorms and other behaviors that exhibit an inclination toward intimidation and harassment. More extreme actions would be raping people, assaulting people, bragging about non-consensual sex and non-consensual sexual acts (more accurately known as rape and sexual assault respectively) and roofieing (drugging) their peers. Every one of these actions is harmful, and they display a clear disregard for the boundaries and safety of others.

While you may not be the perpetrator of these acts, your friends might be, and every day that you do not speak up is another day in which their behavior goes unchecked. It is not enough to not be the problem. You must  be a part of the progress toward a solution.

For your female and LGBTQ friends, or anyone who is not a cisgender man, offer to walk them home. Offer to stay on the phone while they walk home if you cannot be there. Believe them when they tell you about their experiences in which they have been made to feel uncomfortable, when they have been forced to shrink in order to survive. Chances are the majority of those people have not only been harassed and assaulted, but also had to assess a situation and determine whether they had to pull out the pepper spray, scream for help and beg for the chance to not become just another statistic, just another story told to scare girls away from believing in a safe existence and another story for men to skim and disregard the likeness of the attacker to that of a close friend.

Not all men are attackers, but all women are afraid. Not all men are the problem, but very few believe that a solution is needed. Not all women are harmed, but all of us are scared, because we recognize, as Olivia Gatwood, author of “Life of the Party,” once wrote on the topic of violence against women and queer people, “It is a privilege to have your body looked for.”