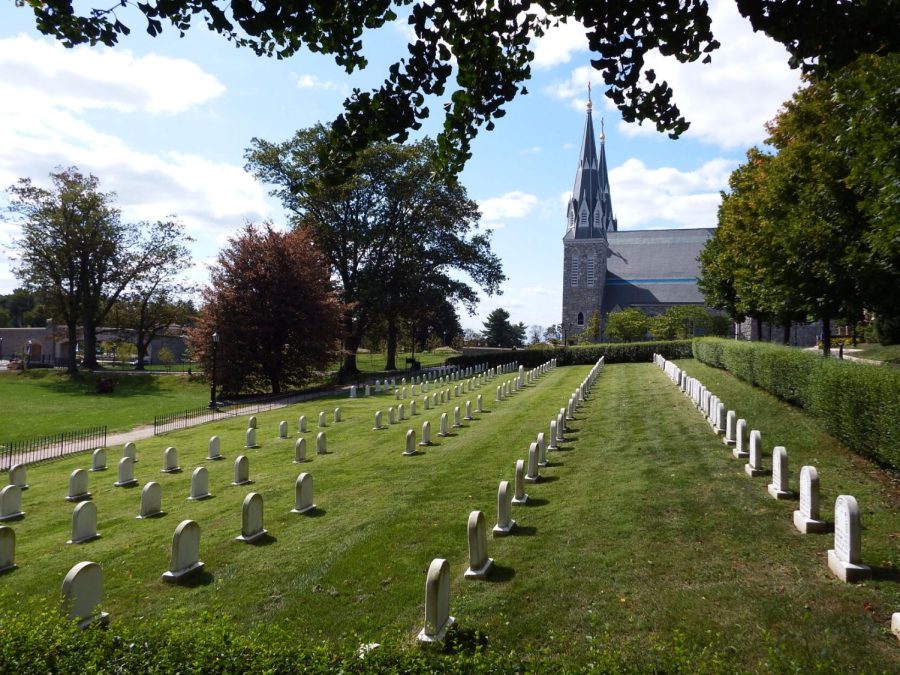 Students shared their reactions to the University’s handling of recent sexual assault cases.

On Wednesday, March 3, an email was sent to the Villanova University community from David Tedjeske, Director of Public Safety and Chief of Police, detailing multiple reports of sexual assault.

The email listed several reports of sexual assault, one on March 1 involving four female resident students assaulted by the same male student, and another on February 28, involving a female student who was treated for sexual assault at Bryn Mawr Hospital.

Students and faculty across campus have had strong reactions to these reports along with the University’s language in the emails sent. Many are enraged by the use of the phrase “non-consensual sexual intercourse” as opposed to rape, while others suggest that using stronger language could have been triggering to survivors.

Two students, sophomores Alice Ke and Jessica Laino, started a petition with the intent of taking it to administration in response to the reports and the way they were handled.

“We were extremely disheartened and frustrated by the University’s response,” Laino said. “With so many students feeling unsafe and neglected, we could not sit back and do nothing.”

“We recognize sexual assault on college campuses is a nationwide issue and hope that Villanova will step up and be an example for positive change and victim advocacy,” Ke added.

“Villanova’s Title IX procedures focus too much on the organization and timeliness of due process, rather than the emotional effect and long term implications that female students face,” Barshap said.

Barshap’s statement sheds light on an issue many students have already struggled with on campus, especially in light of the pandemic — mental health. Many viewed the University’s notification process as harmful to student mental health, both for the community in general and for the victims’ suffering.

An incoming student of the University’s Class of 2025 also shared thoughts on the matter, specifically the administration’s failure to notify and communicate with the incoming class regarding this grave incident.

“I feel as though since we have committed to coming to Villanova and will be a part of the student body very soon, it would be fair for us to know what is going on and how the university will be handling it, rather than relying on reports on social media,” the student said. “A big part of deciding on a college is considering the level of safety of the campus, and it would be reassuring to know that I have made the right choice by actually seeing how the college I chose responds to certain incidents.”

One female senior expressed frustration with the administration’s delay in notifying the community and issued a call to action to men and to the University.

“As a woman, I’m definitely frustrated by the fact that it took Villanova days to notify the student population of the sexual assaults that occurred,” she said. “However, I’m more frustrated with those who are only calling on Villanova to do better when we also need men to do better. Sexual assault on college campuses isn’t just a woman’s issue or an administrative issue; it’s also a men’s issue as both victims and statistically, the main perpetrators of the violent crime. Things won’t change until men hold each other accountable and realize they also need to be part of the conversation and fight to change things and make both college campuses and society safer.”

Student leaders within Fraternity and Sorority Life also spoke out on the issue. Kappa Delta’s Vice President of Standards, sophomore Caroline MacLaren, learned that according to the National Institute of Justice, sorority membership is a “risk factor” for sexual assault — 25% of sexual assault victims surveyed in a study were sorority members — and it was found that sorority women are four times more likely to be victims of sexual assault.

“What’s most frustrating, aside from the lack of administrative response right now, is that sexual assault is not a new thing on college campuses,” MacLaren said. “Yet still, Villanova lacks anonymous resources for sexual assault victims, as well as student-run initiatives on the matter. There seems to be a void of student input on this issue as a whole, which is really disheartening.”

Junior Greta Elder, President of Alpha Chi Omega, a sorority whose philanthropy focus is domestic violence awareness, also spoke out to her sorority after the news. She began by noting that it may be triggering to see your story or another victim’s story heartlessly put out in an email blast, and she encouraged chapter members to utilize resources and start conversations to evoke change.

“I am deeply troubled and angry about Villanova’s handling of these heinous events,” Elder said. “Their failure to come close to condemning these acts of sexual violence, in their essentially automated email, is truly disgusting. With this said, I want to act with the utmost sensitivity towards these survivors, their experiences, and their trauma. What I hope to come of this is far bigger than just our chapter. Change is far overdue at Villanova, in a lot of departments, but especially as it pertains to the attitudes around sexual violence, on and off campus.”

Some University faculty members spoke out on the issue as well. Following the announcement of the reports, Jill McCorkel, Ph.D., Professor of Sociology and Criminology and Founding Director of the Philadelphia Justice Project, rose as a leading voice on the matter, inspiring many students to follow suit.

“If you’re not careful, they’ll describe your rape as ‘nonconsensual sexual intercourse,’ define it as ‘sexual misconduct,’ and imply you might have brought it on yoursel. Happy women’s history month,” McCorkel tweeted. “At the [minimum], @VillanovaU needs to host a town hall that 1) acknowledges that a series of violent crimes occurred with multiple women victims, 2) details what is known at this stage of investigation, 3) explains the delay in warning students about what was happening, 4) plans to meaningfully address & prevent sexual violence, & 5) [shares] resources available to survivors & their supporters.”

Following McCorkel’s call to action and the fervent reaction from the community as a whole, Villanova’s Student Government Association announced over the weekend that Father Peter will be hosting a town hall this Wednesday March 10 regarding the serial sexual assaults and violence against women on campus, which many view as an important first step toward solving the problem of campus rape.

The Villanovan stands with survivors. It is the publication’s hope that these abominable, heartbreaking incidents cause us to evaluate the culture of our campus and advocate for positive change within our community. For support resources, see below: