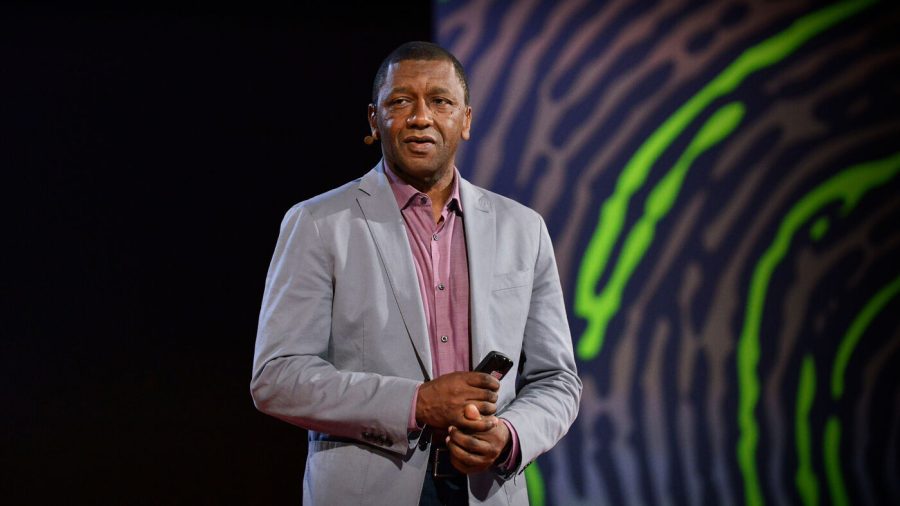 Howard Stevenson on the TED stage.

On Wednesday, Feb. 24, Howard Stevenson hosted a conversation with the University’s Patricia B. and Gary M. Holloway Counseling Center.

The event was held over Zoom and was part of several Black History Month events the University held throughout the month of February.

Stevenson is the executive director of the Racial Empowerment Collaborative at the University of Pennsylvania. He seeks to promote the idea of racial literacy through training and other forms of communication.

University President Rev. Peter M. Donohue, O.S.A., Ph.D opened the event by introducing Stevenson and the topic amid the current racial climate in the country.

“Certainly the events of this last summer reignited and prompted very difficult and necessary conversations among all of us about race and equity,” Donohue said. “These are conversations that all of us are well aware are long overdue in our country, in our world, but most especially in our Villanova community.”

Stevenson began his discussion with interactive polls with the audience to understand the general consensus of the feelings toward race relations. He asked about stress levels related to racial conversations, among other questions.

For the beginning of his conversation, Stevenson discussed his problems fitting in at the University of Pennsylvania and his upbringing in Delaware during a very different time for race relations in the United States. He told his story through a racial lens.

Stevenson came from a self-described multicultural household, with two African-American parents from very different backgrounds. He recalled how his family did not fit in with any part of society.

He talked about how his mother was defensive and protective of her children amid the disrespect his family would receive racially in public.

Stevenson said he uses experiences like with his mother from his childhood to navigate racially hostile spaces.

Stevenson said there are two skills necessary to navigate racial threats in today’s world. The first way is to think, pounder and process, and the second is to protest, speak up and do  something.

Racial encounters and the stresses of these encounters are aspects of everyday life that Stevenson tries to help alleviate the stress of.

Stevenson talked about the threat people feel when they are faced with a racial encounters. He compared this with situations in which people encounter snakes, specifically the fear and unease.

Stevenson stressed the understanding of racial groups, and by looking at one’s own racial biases, racial literacy can be achieved. The difficulty lies in getting people to have uncomfortable  conversations.

Racial socialization is the key to reducing this stress, according to Stevenson. Having conversations about race with everyone of all ages can help reduce this stress.

Racial literacy comes down to reading, recasting and resolve. Through these keys to racial literacy, the stress of racial encounters can be reduced, according to Stevenson.

Stevenson held a small Q&A session after the main conversation. This event was one of several sponsored by the University in recognition of Black History Month.