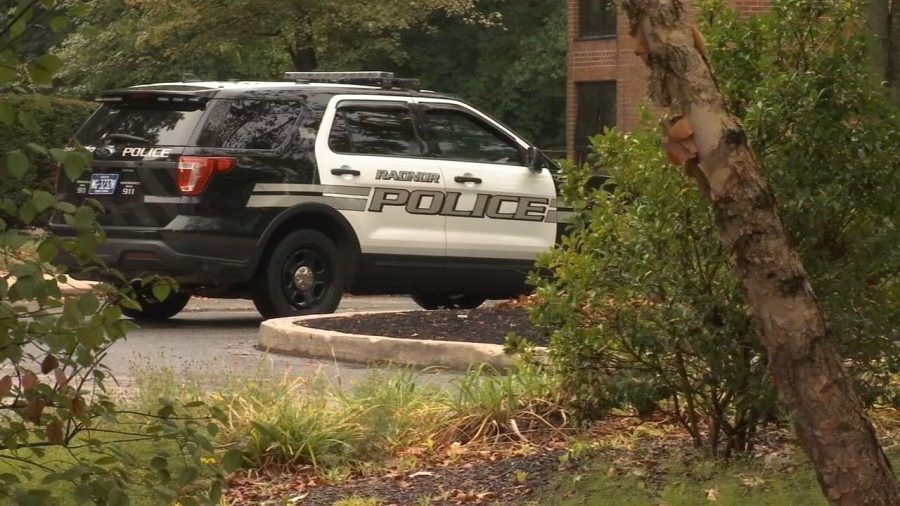 A Radnor Police car sits outside an on-campus residence hall.Courtesy of 6ABC

On Wednesday morning, the Villanova community received an email from David Tedjeske, Director of Public Safety and Chief of Police, regarding recent reports of sexual assaults.

In the email, Tedjeske listed two separate reports of sexual assault, one on March 1 involving four female resident students assaulted by the same male student, and another on February 28, involving a female student who was treated for sexual assault at Bryn Mawr Hospital.

“On March 1, 2021, four resident female students reported that they had been sexually assaulted by the same known male student in University residence halls. Complaints ranged from non-consensual sexual touching to non-consensual sexual intercourse,” Tedjeske wrote in the email. He explained that the University began an investigation immediately after the incident was reported, and that the male student is now no longer on campus.

Regarding the report from Feb. 28, the female student declined to be identified and the identity of the male is still unknown.

“The male has not been identified to us; it is unknown at the present time whether he is a student. The incident occurred on campus between February 26 and February 28, 2021, however the exact location is not known,” the email said.

After notifying the community of both reports and explaining the situation, Tedjeske reminded students about important facts regarding sexual assault.

“Sexual activity without consent is sexual misconduct. Consent is active, with all parties fully conscious and clearly communicating their intention to engage in any sexual activity. Alcohol and drugs may incapacitate or impair a person’s ability to give meaningful consent. Intoxication of the person alleged to have committed the assault is never a defense,” he wrote in the email.

In response to the incident, the University has issued this statement:

“On March 1, Villanova University received reports from four resident female students that they were sexually assaulted by the same known male student. The University takes all reports of sexual assault extremely seriously and investigates allegations as quickly and thoroughly as possible to ensure fairness to all parties. As soon as these reports were made, Villanova immediately launched an investigation and, currently, the male student is not on campus.  As there is an ongoing investigation, the University cannot comment further on this matter.”