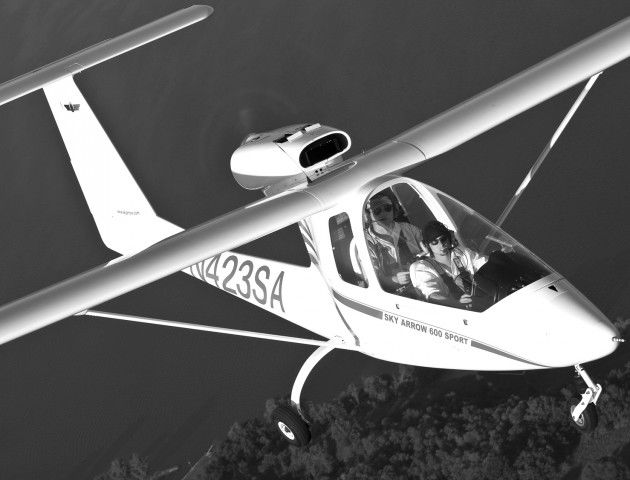 While students and faculty might know Sean O’Donnell as the director of distance education at Villanova University, most would not know he is also the sole founder of Philly Sport Pilot, a flight-training outfit outside of Philadelphia. His company specializes in training disabled individuals in attaining their pilot’s license.

At the age of 17, O’Donnell was paralyzed from the mid-chest down due to a spinal cord injury from a motorcycle accident. After his accident, O’Donnell was determined to move on with his life.

“I just wanted to get back to living again,” he said.

He received his degree in computer engineering from Villanova in 2000. After graduation, he worked as a systems engineer for Lockheed Martin before returning to Villanova, where he created the masters distance education program in the College of Engineering.

When he returned to Villanova, O’Donnell turned his attention back to his childhood dream: flying.

“I always wanted to fly,” he said. “Most kids do. For me it was just a matter of when.”

His challenge was finding a place that would help him.

He then came across the program Able Flight, a nonprofit organization that offers people with disabilities flight training. O’Donnell received the Able Flight scholarship – an all-expense paid award.

“You go through their process, and then they place you with an instructor and aircraft lessons,” he said.

O’Donnell completed his course work in four weeks in Wisconsin and became a fully licensed pilot.

Upon returning to Philadelphia, O’Donnell said he was disappointed by the lack of aviation opportunities for people both with and without disabilities.

“Everything was either too expensive or inaccessible,” he said.

He decided to start his own company to specialize in training disabled pilots.

“For most people flying is inaccessible due to cost, time or that there is no place nearby that offers lessons,” he said. “I wanted to make it accessible to everyone.”

“We’ve taken a different approach, cutting the cost down to about one third of normal tuition,” he said.

Philly Sport Club has also paired up with Able Flight to offer a scholarship similar to O’Donnell’s to other disabled individuals on the East Coast.

“There is a need for more opportunities, and that is what we are aiming to do,” he said.

As the sole proprietor of Philly Sport Club, O’Donnell spends his time outside of Villanova organizing people for training and spreading the word about his company.

He recently purchased one of only three planes in the world that caters to disabled pilots and said he has high expectations for his company’s future.

However, O’Donnell hopes to attract students on campus as well.

“I would love to see a Villanova kid fly,” he said. “It’s time for people to start taking advantage of their dreams.”