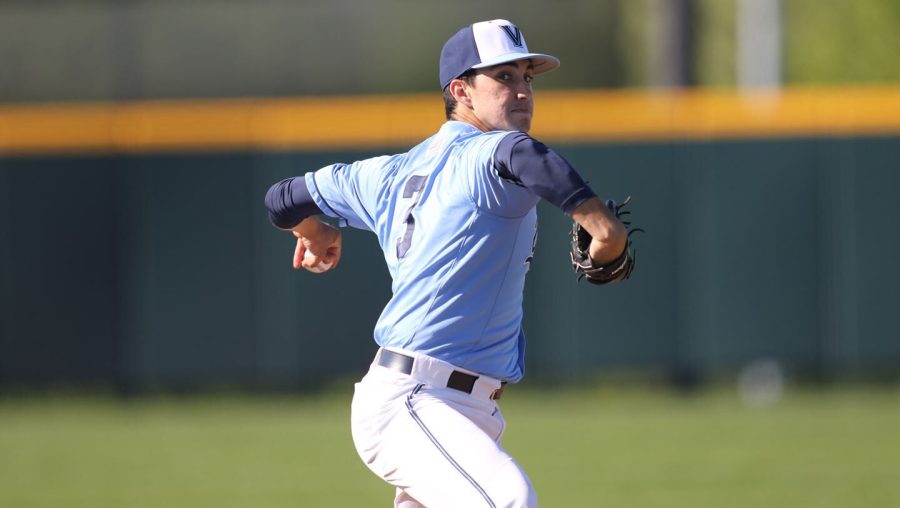 The Wildcats continue to struggle on the baseball diamond, losing six games in a row, all in Big East play, dropping their record to 0-6 within the conference. In their first home series of Big East play, the ‘Cats got swept by the 10-13 Seton Hall Pirates (3-1 Big East), 1-0, 13-2 and 4-1.

Game one had ace junior starting pitcher Gordon Graceffo on the mound for Nova.

The game remained scoreless until the top of the sixth, when the Pirates scored on a sacrifice fly, making it a 1-0 ball game.

This was the final score, as the Wildcats got shut out and lost their Big East home opener.

Graceffo pitched eight innings, only giving up one run, while striking out six, and graduate student Ryan Toohers had one hit and drew three walks.

The Wildcats had five hits, one error, drew six walks and struck out eight batters.

Senior Jimmy Kingsbury got the start for the ‘Cats in game two of the series, but it was an outing he would like to have back.

In the second inning, the Pirates erupted, scoring six runs and jumping out to a 6-0 lead.

The ‘Cats had a promising start to the bottom of the third as their first three batters of the inning walked, loading the bases with no out. The ‘Cats were only able to get one run out of that inning via a one-out sacrifice fly by junior Nick Lorusso that scored junior Will Reiner. This run was the Wildcats’ first run in 29 and one-third innings.

The Pirates added to their lead in the top of the fourth with freshman Devin Rivera on the mound for the ‘Cats, scoring three more runs and making it a 9-1 game.

The ‘Cats were able to slightly cut into the deficit with a one-run double by Reiner that scored junior Dylan McNary from second. McNary reached earlier in the inning on a single.

With graduate student Mike Shwartz on the mound for the ‘Cats, the Pirates scored four runs in the top of the sixth, making it a 13-2 ball game. The final run of the inning came with senior Cameron Mathes pitching for the ‘Cats but was charged to Shwartz because he was responsible for the runner that scored.

This was the final score as the mercy rule came into effect after the bottom of the seventh. According to sportsrec.com, the Mercy Rule is “if a team is up by 10 runs after seven innings (or six-and-a-half if the home team is ahead), the game can be called.”

Reiner had one hit (a double), one RBI, scored one run, and drew one walk.

Villanova had two hits (one double), one error, drew five walks and struck out five.

Graduate student Tyler Arella got the start for the ‘Cats in game three, looking to prevent the series sweep.

The ‘Cats opened up the scoring in the bottom of the second with a one-out bases-loaded walk, drawn by sophomore AJ Hasen, scoring senior Pat O’Neill, who led off the inning with a single.

The ‘Cats were unable to add on to their lead, ending the second inning with a 1-0 lead.

The Pirates tied the game up in the top of the fifth with a two-out RBI single.

Seton Hall took the lead with a bases-loaded, two-run single off of sophomore Danny Wilkinson in the top of the seventh, giving the Pirates a 3-1 lead. Both those runs were charged to sophomore Cole Vanderslice because he was responsible for the two runners that scored.

The Pirates extended their lead in the top of the eighth with a single off of Wilkinson, making it a 4-1 game.

Arella pitched five and two-thirds innings, giving up just one run while striking out three batters.

The Wildcats had four hits, drew four walks and struck out eight batters.

The next series for the ‘Cats is on the road against the 7-15 Butler Bulldogs (2-6 Big East). Game one of the series is on Friday, games two and three are a doubleheader on Saturday and the series finale is on Sunday.

As a team, the Bulldogs hit just .237, while their opponents hit .304. Butler has lost nine of its last 11 games, including losing its most recent series to fellow Big East opponent Xavier, 1-3.