Trujillo ‘leaves nothing behind’ in poetry 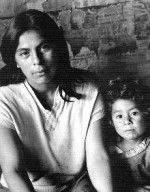 American photographer Milton Rogovin traveled to the island of Chiloe in Chile to document the faces and lives of poor people there in 1967. By 2004, through a coincidental connection at Villanova, Dr. Carlos Trujillo, a professor in the Spanish department, offered his own hand in the project, completing a 40-year journey.

“He was looking for places in the world where he was able to photograph what he called the forgotten ones – the people that nobody sees and they disappear and nobody knows anything about them,” Trujillo said of Rogovin, who collaborated with Chilean poet Pablo Neruda on the project.

In 2004, Trujillo, who is from Chile himself, organized a lecture on Neruda and was approached by a friend of one of Rogovin’s daughters. Rogovin had been looking for the past four decades for someone from Chiloe to help him identify the people in the pictures. Before long, Trujillo found himself in the midst of this project and approached Rogovin about creating a book with the photographs and Trujillo’s poetry.

“I said, ‘I know the place where he took the pictures,'” Trujillo said. “I would like to put my own words to what he saw in his pictures. Then photographs and poetry are going to show a double version of the reality.”

Rogovin and Trujillo presented the work to the Museum of Modern Art in Chile, which, with a grant from the Chilean government, was able to publish the book. It is titled “Nada Queda Atrás,” or “Nothing Left Behind.”

The photograph on the cover of the book defines the impact it has made on the Chilean community, especially those of Chiloe. For some time, the woman and her daughter pictured were unidentified. When they discovered that the woman was Silvia Huentelicán, they found that her daughter had since died, and she did not have any pictures of her. Rogovin’s photograph offered Huentelicán a memory she thought she had lost forever.

Driven by such stories of the people found in the book, a member of the project, Luis Rafael Tapia Charme, produced a video titled “Retratados” (“Re-portraited”) including Neruda’s poems, Rogovin’s photos and interviews with all of those pictured that he could find. Parts of the video can now even be found on YouTube.

The reading, which included an introduction by Dr. Aurora Camacho de Schmidt of Swarthmore College, was given almost entirely in Spanish. Brian Yates, a graduate student in Hispanic studies, read three of the book’s poems in English for those at the reading who did not speak Spanish. Trujillo also read several poems in Spanish, with their accompanying pictures in view.

Following the reading, Trujillo entertained questions from the audience, and a small reception was held.

The book is currently in the process of being published in English in the United States. Trujillo hopes this can be completed by the end of year.

“People forget that in some rural places 40 years ago we had this kind of poverty [in Chile],” Trujillo said. “The new generations don’t know that, don’t remember that. And my generation … they don’t want to remember that. I put this book in front of their eyes because I am saying, look, if you don’t recognize our roots, you don’t know where you’re going. The only way to recognize what we are is remembering where [we are] coming from.”