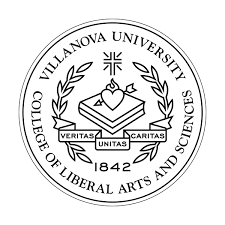 When engineering, nursing or business majors state what they study, it is most likely never met with an awkward pause or a diminishing joke. The same cannot be said for liberal arts students, who walk around campus with the nickname “arts and crafts” plastered onto their fields of study.

What is it about liberal arts that is so easy to judge? And, is being in the liberal arts school really as useless as people make it seem?

Of course, the answer is no. Here is why.

For one, a liberal arts education is vast and diverse. People tend to get intimidated by the lack of focus the school can have and see no use in something that does not have a severe focus.

“There has been a lot of skepticism about the value of a liberal arts education, a feeling that tends to spike during economic downturns, prompting many students and parents to seek training for a specific career,” The Washington Post reported. “Some small liberal arts colleges have closed, or considered closing, in recent years.”

The skepticism around liberal arts also comes from the belief that it lacks any sort of value in the long run. Terms like “English major” have terrified parents for years. Their fears stem from the idea that their child is going to have no avenue on which to follow after graduating. However, that is not the case.

“NACE found that first-generation students on average received post-graduation starting salaries of $43,320, about 12 percent below the pay packages being landed by peers with multiple generations of college experience,” The Atlantic said in a 2017 article. “Yet over time, liberal-arts graduates’ earnings often surge, especially for students pursuing advanced degrees.”

For jobs in fields like engineering, the beginning pay is often higher than those of a liberal arts degree. With time comes the more advantage paid for liberal arts graduates.

“This happens for two reasons,” The New York Times said. “First, many of the latest technical skills that are in high demand today become obsolete when technology progresses. Older workers must learn these new skills on the fly, while younger workers may have learned them in school. Skill obsolescence and increased competition from younger graduates work together to lower the earnings advantage for STEM degree-holders as they age.”

For liberal arts majors, the skills learned in college like critical thinking, communicating and analyzing only grow and are fostered through the professional years. This process creates room to expand and eventually make more money. Thus, the idea that going into such a type of college is pointless does not have any base.

Another reason people are so quick to discount liberal arts is because some see the forced curriculum in multiple fields of study as wasteful.

Willard Dix discussed the reasoning as to why spending time taking so many different classes is contrary to wasteful.

“It opens doors, enabling the mind to go wherever it wants in the pursuit of knowledge and understanding,” Dix said. “It bends toward openness instead of containment.”

In a world where one-track mindsets are endorsed and cause so many issues, liberal arts provides an alternative mindset. It enables students to see beyond their own thoughts. Not only that, but it helps students really find what they are passionate about. Exploration leads to self discovery.

While the people of the University definitely have some preconceived notions about what it means to be in the liberal arts school, there are still undoubted benefits and truths that support the liberal arts education and defy those claims.