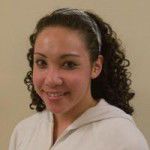 Cupid’s arrow knows no age limit. Love struck the two in the tender stage of their early teenage years, and they began dating as freshmen in high school. Speaking on behalf of his 17-year-old sweetheart, the boyfriend, 18, recently gushed about the history and future of the relationship: “We were planning on getting married a long time ago. That was the plan from the start.”

By that account, the young couple aspires for marriage, an institution praised as a solid basis for family life, which, in turn, supports society as a whole. Nonetheless, Levi Johnston and Bristol Palin, daughter of vice presidential candidate Gov. Sarah Palin, face the criticism of the United States public, making the relationship between the two formerly unassuming Wasilla High students into the case study backing one of two main positions on sex education in the nation’s public schools.

Without hesitation and with dangerously misguided eagerness, this collective has politicized such instruction, deeming comprehensive sex education – one that generally includes detailed information on contraceptives – as liberal and considering abstinence-promoting education as conservative.

Democratic presidential candidate Sen. Barack Obama supports the former method of learning. He has clearly and openly emphasized the importance of “science-based” and “age-appropriate” sex education. A Newsweek article published on Oct. 18 reported that Palin voiced opposition to “explicit sex-ed programs” in 2006; aides to the Republican presidential campaign now say that the vice presidential candidate and her running mate Sen. John McCain back funding for programs that “promote abstinence as the best option” but also include “information on contraception.” With either outcome, the winning political party will enter the White House in the wake of Republican George W. Bush, who promoted abstinence programs first as governor of Texas and later as president of the United States.

For all of its heated political arguments about the issue, the U.S. public has missed the point. It reduces the discussions to matters of politics, quickly dismissing a form of education as either an outrageously lenient “liberal” agenda or a shockingly abstemious “conservative” agenda. It fails to recognize that any form of sex education strives to inform students of the reality of sexual activity. It ignores the fact that growing high-school students, newly independent college students, career-driven young people or established adults will make some of the most physically intimate decisions based on this crucial education. It does not mention the roles of parents, caretakers, media, culture and every other influence on the thought processes – and corresponding behaviors – of its maturing citizens, who, at that age, are just beginning to consider, explore and question the topic of sexuality.

With this last habit, the U.S. public proves itself to be shamelessly hypocritical. It gorges itself on the sexual imagery and themes that sell news publications, films, magazines, music, clothing and TV programs. Burlesque dancers whose act initially reached only the adult patrons of Los Angeles nightclubs now boast a record deal that limitlessly increases their audience. Playboy models whose lifestyle remained taboo now star in their own reality TV show. In 2006, the pornography industry generated an estimated profit of $13 billion. Compare that with the $1 billion Bush has spent on abstinence education.

Sexuality is neither Democratic nor Republican but human. Curriculum addressing it should follow that principle accordingly, recognizing it as an apolitical, universal condition. Every form of sex education intends to benefit its students by teaching them the necessity of knowing, respecting and appreciating their own sexuality and the sexuality of others. From this perspective, sex education is far from a platform of debate.

Raquel Ronzone is a sophomore from Philadelphia, Pa. She can be reached at [email protected]