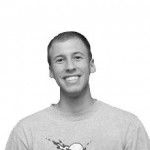 In the United States there exists a distrust toward the role of Islamic forces in shaping democracy in the Middle East. Skeptics question whether Islamic movements truly respect democratic values and instead prefer to support secular parties who, in reality, are often more authoritarian and fundamentally at odds with political freedom and equality. This aversion must be overcome.

The truth is that many of us have forgotten that American democracy has its historical roots in religion. If religious elements fostered secular tendencies that established the foundation for America’s constitutional democracy and egalitarian ethos, there is no reason why Islamic movements cannot do the same for democratization in the Middle East.

French political thinker and historian Alexis de Tocqueville considered the Puritans to be America’s founders because of their formative influence on the country’s national character. We generally think of men like Thomas Jefferson, James Madison and George Washington as being America’s founders. After all, they were the ones who drafted the Constitution and framed America’s basic political values in the Declaration of Independence.

We trace the American principles of liberty to a philosophical rather than a religious tradition, which gives John Locke responsibility for establishing the idea that all humans have an equal right to freedom. But de Tocqueville shows us that Christianity is the primary source of American democracy and that character is its most vital component, evidence being that healthy mores can support freedom in the absence of a well written constitution.

The “spirit of freedom” is rooted in the New Testament and was strongly democratic. De Tocqueville thought that Christ was the first historical figure to teach that all humans had an “equal right…at birth to liberty,” and that the growth of democracy is providential in that its potential is universal and its progress is continual and beyond human control.

The “spirit of freedom” was explicitly introduced to Christianity by Martin Luther who posited the idea that all men are equally able to find the path to heaven.

This led to the Protestant Reformation which fragmented the Christian world and resulted in the Puritan migration to America in the 1630s. The Puritans were the first to introduce this idea of equality to politics. The “spirit of freedom” extended so far into American society that it can be linked with the demise of the “spirit of religion” and the emergence of secularization.

The doctrine of popular sovereignty, an example being the Mayflower Compact, became deeply embedded within the American character and determined the essential nature of the American Constitution.

Christianity set into motion a process that led to democratization, and there is no reason why Islam cannot do the same in the Middle East. There is a broad-based resonance of Islam in many countries combined with popular support for democratic values.

This weakens the argument that Islam is incompatible with democracy. A movement’s attitude toward minorities – especially women and non-Muslims – and toward political pluralism, moderation, and political violence can help determine how committed a group is to playing a constructive role in democratization.

We are the children of our founding fathers and have forgotten the political heritage of our own country.

They would want us to remember that religion influenced the establishment of our own democracy and that religion can do the same in the Middle East.

Matt Haemmerle is a sophomore political science and economics major from Santa Rosa Beach, Fla. He can be reached at [email protected]